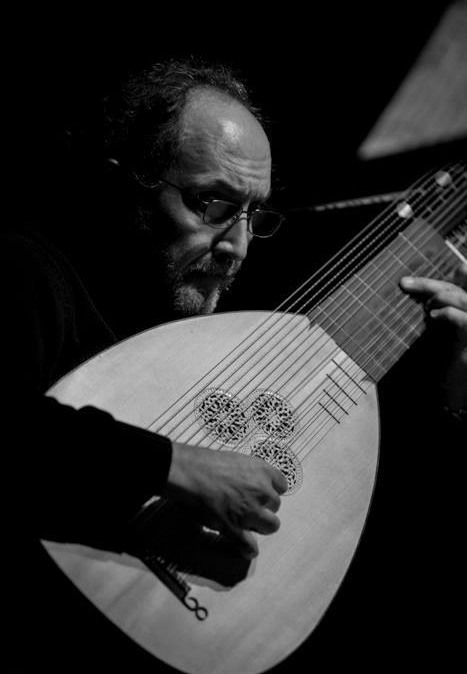 One of the leading Lute and continuo players in Europe, Isidoro Roitman has a virtuosic command of the lute family instruments and a unique playing style. He works regularly with early music ensembles and baroque and renaissance dancers in Argentina, Israel, Italy and England and has performed widely in Europe, South America and Australia.

In 1990 was invited by Philip Pickett to be part of the Musicians of the Globe to perform in the reopening of the Shakespeare Globe Theatre in London. The same year he established the group Musica Intavolata to explore the repertoire of the XVIth to XVIIIth centuries. Isidoro is a member of PHOENIX - the Israel Consort of Viols and the Jerusalem Baroque Orchestra (Israel), Oriana and Rostibolli early dance group (England), Ensemble Concerto (Italy), and Ensemble Sine Nomine, Embouchure, and Fiato e Corda (Argentina). In the field of early dance, Isidoro has collaborated with renowned specialists such as Diana Cruickshank, Véronique Daniels and Barbara Sparti. For several years, Isidoro worked with Philippa Waite and her Consort de Danse Baroque, and has recorded French baroque dances on the baroque guitar for her. In 2002, when he returned to Argentina, participated with the Orquesta Cisplatina in Jean Phillipe Rameau “Les Indes Galantes” in the Colon Theatre in Buenos Aires directed by Gabriel Garrido.

Isidoro was invited to open the first Lute Class in an Israeli academy teaching lute, related instruments and basso continuo in the Jerusalem Rubin Academy of Music and Dance. He himself graduated from the same academy as a guitar player, and later on, as a British Council Fellowship, from the Guildhall School of Music and Drama in London where he gained his Post-graduate diploma in Lute and Basso Continuo under the guidance of Nigel North and Philip Pickett. He taught the course "The interpretation of Early Music: style and performance" at the National Conservatory "Carlos López Buchardo" in Buenos Aires, and "The Lute Song - Dowland to Purcell" at the UCA (Argentinian Catholic University).

Isidoro has performed with artists such as James Bowman, David Thomas, Isabelle Poulenard, Gabriel Garrido, Rinaldo Alessandrini, Roberto Gini, etc. He made broadcasts for the BBC (England), RAI (Italy), ABC (Australia) and Kol Ha-Musica (Israel). He has recorded CDs for Stradivarius and EWM and is a sought after coach of singers, chamber groups and masterclasses.

“The distinctive style of lutenist Isidoro Roitman, full of character and beaming with pleasure, was most disarming in a Pavine by Ferrabosco.”
Elizabeth Silsbury: “The Advertiser”, Adelaide

“One of the world’s finest lutenist... He gave the simultaneous voices such diverse accent and dynamics that one really thought several players were involved.”
Tony Hickson: “Gazette”, Canterbury