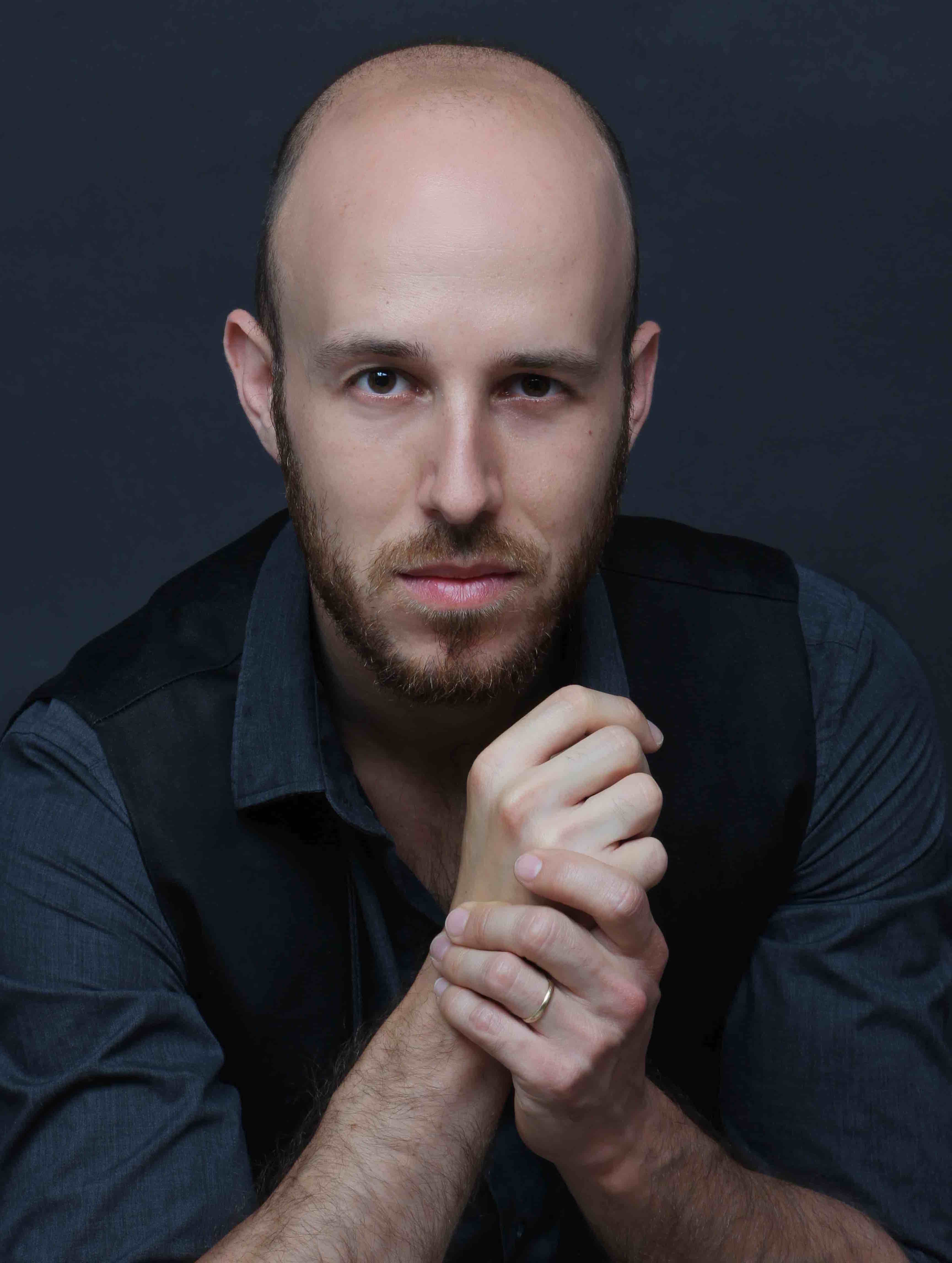 Polishook sings in concerts across Israel and Europe in a Repertoire spanning from the Renaissance and the Baroque to contemporary compositions. His operatic repertoire includes Don Giovanni and Leporello (Don Giovanni), Figaro (Le Nozze di Figaro) and Papageno (die Zauberflute) by Mozart, Falke (die Fledermaus by Strauss), Aeneas (Dido and Aeneas by Purcell), Gil (il Segreto di Susanna by Wolf-Ferrari) among others.
His oratorical repertoire includes the Matthew Passion and the great Mass by Bach, Stradella's “San Giovanni Battista”, Beethoven's ninth symphony, Verdi's Requiem, Fauré's Requiem, Brahms' Requiem and more.
Polishook has sung with the leading orchestras and choirs in Israel and Europe, among them – Les Talens Lyriques, France, the Israel Philharmonic Orchestra, the Israel Symphony Orchestra Rishon Le'zion, the Jerusalem Baroque Orchestra, the Israel Camerata Jerusalem and the Israeli Opera House.
Polishook has had the privilege to work with renowned conductors such as Maestri Helmuth Rilling, Roberto Abbado, Christophe Rousset, Andrew Parrott, Matthew Halls and Saleem Abboud-Ashkar. In the Israeli opera house productions, with Maestri Frédéric Chaslin, Omer Wellber, Daniel Cohen and David Stern to name a few.
Polishook has appeared in numerous Music Festivals, both in Israel and in Europe, including the Biennale di Venezia (with Meitar ensemble of contemporary music, 2014) Music Fest Perugia ('le Nozze di Figaro'), the Abu-Gosh Festival, the Israel Music Festival and others.

During 2009-2013 Polishook was a member of the Israeli Bach Soloists ensemble, conducted by Sharon Rozner who was also the musical manager.
During 2013-2015 Polishook was a member of Meitar Opera studio of the Israeli opera house where he has sang the roles of Leporello (Don Giovanni) and Guglielmo (Cosi fan Tutte) by Mozart, Frank (die Fledermaus by Strauss) and Peter (Hänsel und Gretel by Humperdinck) among others.

Alongside his singing career, Polishook completed his undergraduate studies for conducting with maestro Avner Biron and the late maestro Mendi Rodan.
As a conductor he performed Dido and Aeneas by Purcell with Black Robin Opera Company in The Rosemary Branch Theatre, London and in Israel worked with Symphonette Ra'anana chamber orchestra.

Polishook received twice the Eli Leon scholarship as a member of the Meitar Opera Studio and is a Leverhulme Trust Scholar for Trinity College of Music in London 2011/2012. He has also been granted the Sharet foundation and the Ronen foundation scholarships in the past.