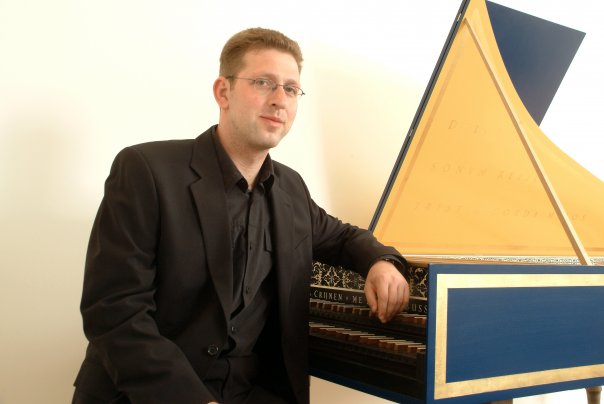 Aviad Stier's began his musical career as a pianist in his hometown, Haifa. After his military service he studied musicology and conducting at the Rubin Academy of Music in Tel Aviv. At 17, he discovered the harpsichord, later becoming a frequent participant of the Jerusalem Early Music Workshops, and took master classes with Ketil Haugsand, John Toll, Lars-Ulrik Mortenses and Trevor Pinnock, among others. In 1999 he started his masters degree in harpsichord with Herman Stinders at the Royal Conservatory in Brussels, from which he graduated with distinction. After his graduation he moved to London, while continuing working in Brussels as a coach and accompanist. In 2006 he returned to Israel.

Aviad Stier plays regularly in concerts all over Israel and Europe, as a solo as well as continuo player, and has been playing for the past 15 years with Das Neue Orchester and Chorus Musicus Köln under Christoph Spering. He also played with orchestras and opera companies under Barthold Kuijken, Sigiswald Kuijken, Rinaldo Alessandrini, Andrew Parrott, Andreas Spering and Erik Van Nevel. Aviad Stier specializes in coaching and accompaniment of singers and in late-baroque solo keyboard repertoire.