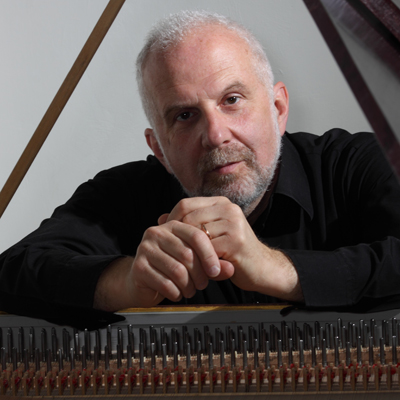 David Shemer, harpsichordist, conductor and teacher, is a leading figure of the Israeli early music scene. He was born in Riga, Latvia and immigrated to Israel at an early age. After completing his studies at the Rubin Academy of Music and Dance in Jerusalem, he specialized in baroque performance practice in London, where he studied with some of the most illustrious teachers, such Christopher Kite, Jill Severs and Trevor Pinnock. Shemer is a Doctor of Musical Arts, a degree conferred on him by the University of New York at Stony Brook.

David Shemer is the founder, musical director and conductor of the Jerusalem Baroque Orchestra. He appears frequently as solo harpsichord player and as member of several chamber-music groups, such as The Jerusalem Consort, which he founded in 1984, C.P.E. Bach Ensemble (together with German musicians) and Copenhagen Soloists. He performs and records widely in Israel, Europe and in the USA, as a soloist, chamber musician and conductor. A CD of Bach Goldberg Variations played by David Shemer has been released recently and was received with great enthusiasm both by the audience and by the critics.

Shemer teaches harpsichord and early music at the Jerusalem Academy of Music and Dance and has done so since 1982; he also taught at the Jerusalem Early Music Workshop during all the 20 years of its existence. In addition, he has given numerous master classes in Israel, as well as in England, Germany, Italy, USA, and in Riga (Latvia) - his birth town.

"David Shemer, with his truly crystal playing, convinced me that a harpsichordist can be called a virtuoso." Russkaya Pressa, Latvia.