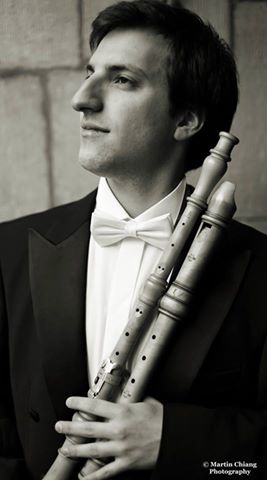 Shai Kribus started his musical education on piano at age 5 and has added along the years recorder, oboe and finally baroque oboe. He is a student of: Alfredo Bernardini, Pedro Memelsdorff, and Drora Bruck. He played in master-classes and studied with Dudu Carmel, Michael Schneider, Paul Dombrecht, Katharina Arfken, Gonzalo Ruiz, and Frank de Bruine.

He has appeared as soloist with the Ashdod symphony and the Thelma Yelin symphony. Shai is winner of scholaships from the "America-Israel cultural foundation" on recorder and oboe, both with distinction. He is also a winner of the "Bnai Brith" music scholarship. He is currently serving as 'outstanding musician' in the IDF.

Shai is currently in Europe where he is in great demand as an excellent baroque oboe player. Shai performs regularly in Israel with the PHOENIX Ensemble and the country's most important early music groups. He performs on the baroque oboe, oboe d'amore, recorder and shawm.