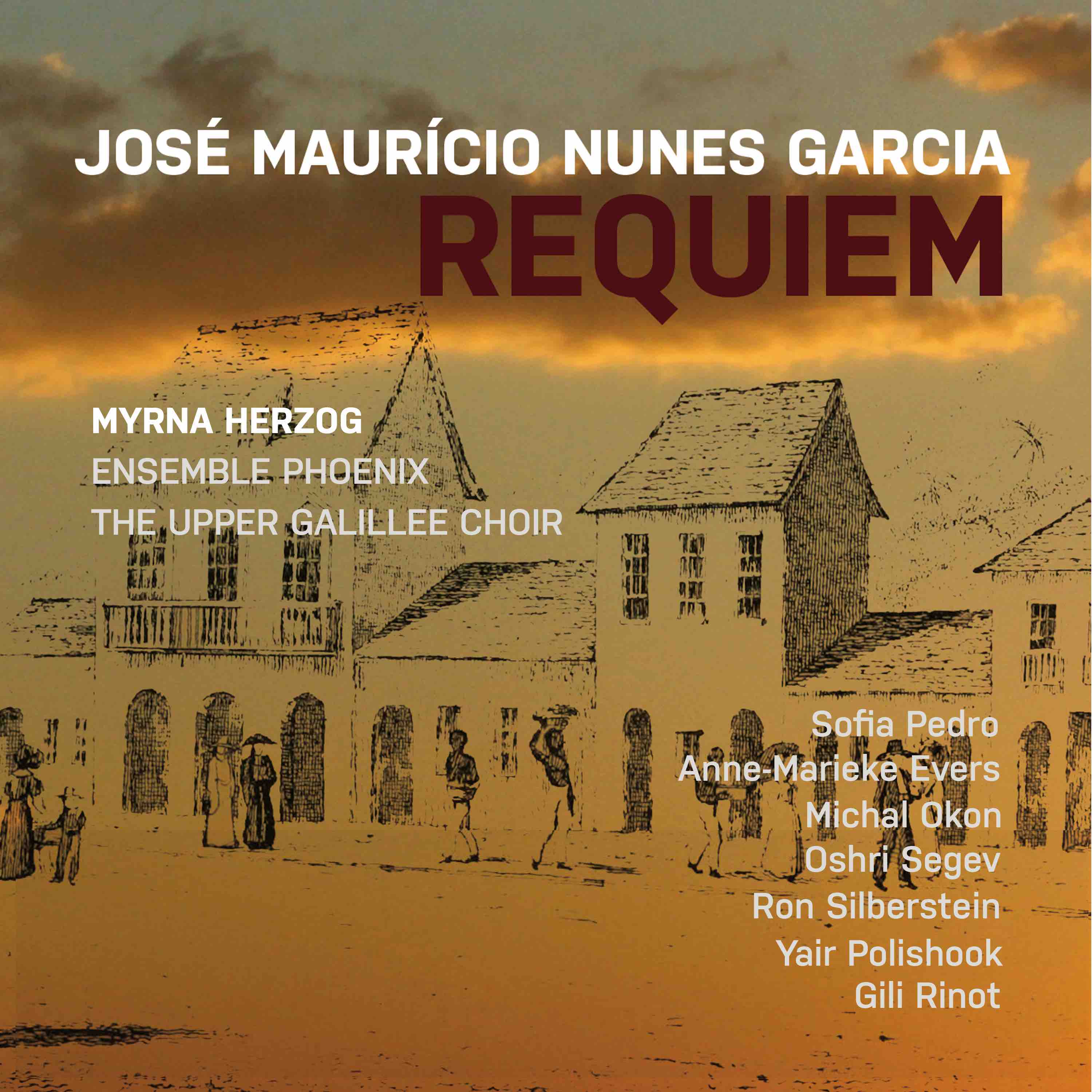 A tour of Rio de Janeiro in 1810, commemorating the 250th anniversary of the birth of José Maurício Nunes Garcia - the most important composer in colonial Brazil- and presenting his masterpiece: The 1816 Requiem.

"Myrna Herzog's production of Garcia's Requiem was electrifying. Once again, she has introduced audiences to repertoire not previously heard and in the most uncompromising and authentic manner. In this ground-breaking event of great interest and beauty, the audience was swept into the excitement experienced by the artists involved in the performance." Pamela Hickman

Listen on Spotify, Deezer . YouTube and on every streaming platform. 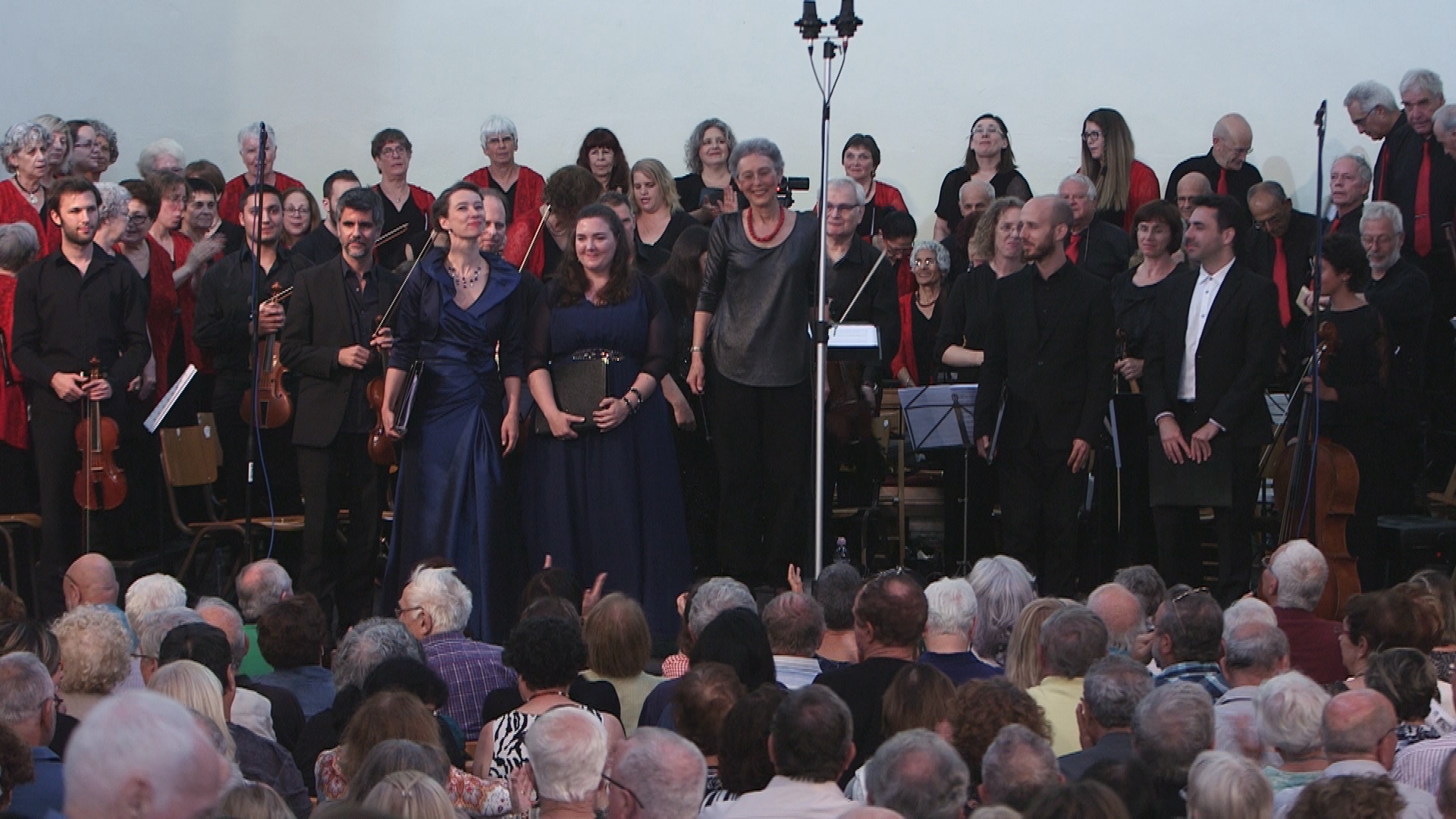 The year of 2017 marked the 250th anniversary of the birth of José Maurício Nunes Garcia (1767-1830), the most important Brazilian colonial composer, whose music PHOENIX had the honor to premiere in Israel at the Abu Gosh Festival. This was the closing of a cycle, since PHOENIX's director, Myrna Herzog, was responsible for the first performances of José Maurício's music on period instruments in 1986, in Rio de Janeiro (her native town), at the Museum of Modern Art.

The program is a musical trip to Rio de Janeiro during 1808-1821, when it was the seat of the Portuguese Empire. It showcases what was heard in Rio's streets, salons, at the Opera, the Church and the concert hall. In addition to José Maurício Nunes Garcia's breath-taking Requiem written in 1816, it includes music by Portuguese composer Marcos Portugal, by Damião Barbosa de Araújo from Bahia (active in Rio during this period), and a popular dance, the Lundú. Everything is performed on period instruments, including classical clarinets, classical bassoons, classical flute, natural horns, early timpani and baroque or classical string instruments played with classical bows. In addition, for the performance of the popular pieces, folk instruments such as the rabeca (a kind of peasant violin) and the cavaquinho (a Portuguese precursor to the ukelele) were used.

The most important works of José Maurício were written after the arrival of the Portuguese Royal Family (fleeing from Napoleon) to Brazil in 1808, when the composer became also Master of the Portuguese Royal Chapel. José Maurício's famous Requiem was composed for the Mother-Queen Maria I (1734 - 1816), who died in Rio de Janeiro in March 20, 1816. Its dramatic intensity is attributed to the fact that the composer's own mother died some days after the Queen.

Born in Lisbon, Marcos Portugal had immense success as an opera composer, achieving international fame still unsurpassed in the history of Portuguese music. He came to Brazil in 1811 at the request of King John VI and remained in Rio de Janeiro when the Portuguese court returned to Portugal, in 1821, continuing to serve his pupil, the king's son. Illustrating the lighter side of the life in Rio de Janeiro in the early 19th century, we present one of Marcos Portugal's modinhas, and an aria from his comic opera "Oro non compra amore" - his first opera staged in Rio, at the birthday of Queen Dona Maria I, on December 17 of the year he arrived, 1811.

The Brazilian composer Damião Barbosa de Araújo had an important musical and compositional activity in Brazil in the first half of the 19th century, as Chapel Master in the Cathedral of Bahia and later in the court of King John VI in Rio de Janeiro. He is presently considered the second most important Brazilian colonial composer after José Maurício.

The lundú or lundum is a popular sensuous African dance  brought to Brazil by Bantu slaves. The one in our program was collected between 1817 and 1820 by the botanist Johann Baptist Von Spix and the zoologist Carl Friedrich Philipp Von Martius and published in their "Reise in Brasilien" (Travels in Brazil).
Dr. Myrna Herzog

Special thanks to the Abu Gosh Festival, to Hanna Tsur & Gershon Cohen and to Father Abdou of St. Joseph's Church in Haifa.
This project had the support of the Embassy of Portugal in Israel, of the Camões Institute, and of the embassy of Brazil in Israel.

Live recording by Eliahu Feldman at the Abu Gosh Festival on June 3, 2017 and at St. Joseph's Church in Haifa on December 9, 2017.
Editing by Myrna Herzog.
Mastering by Ben Bernfeld and David Feldman.