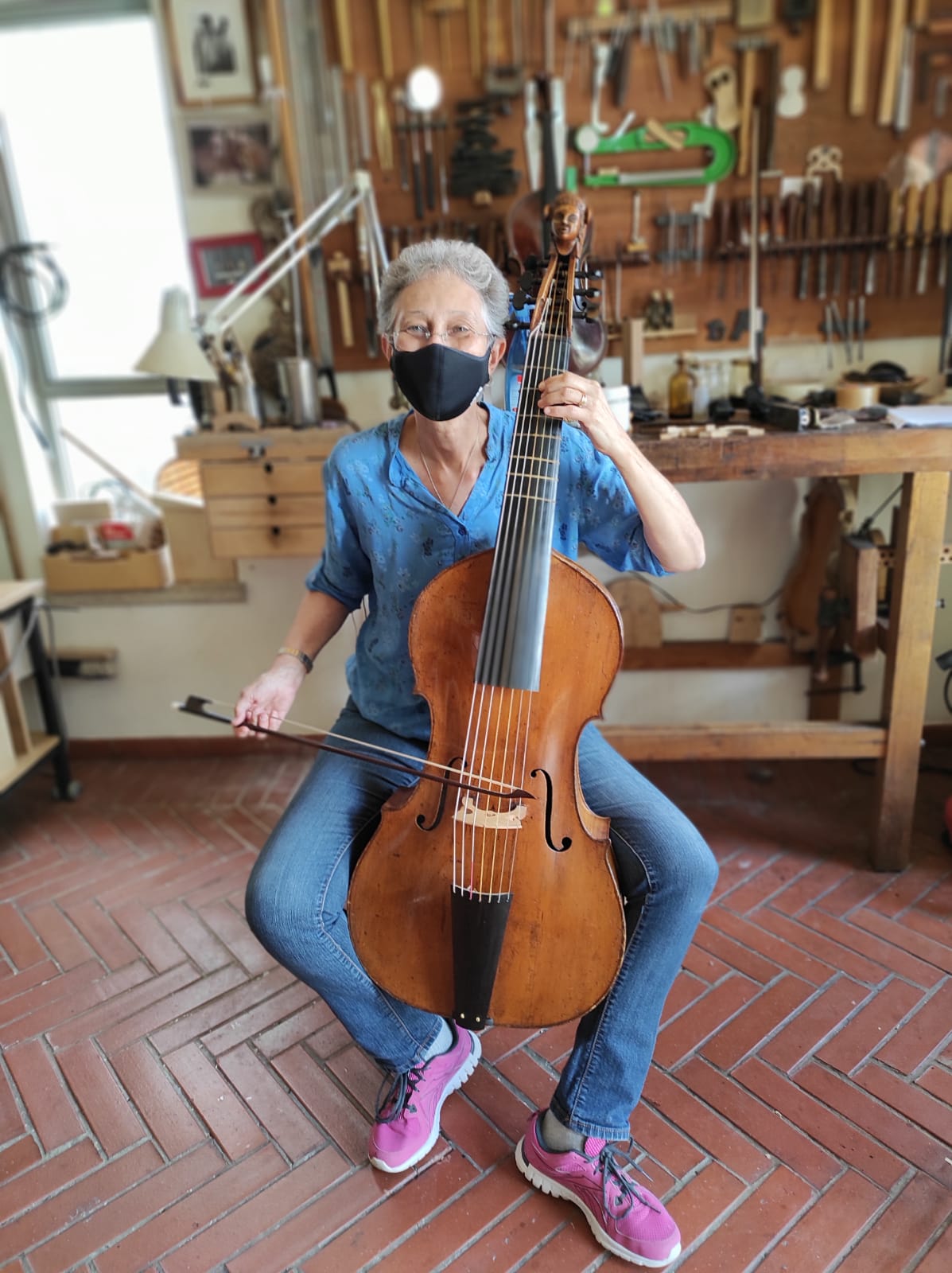 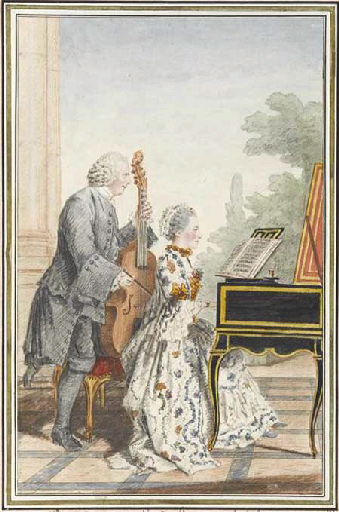 During the 18th century, as the viol became gradually eclipsed by the violin,  there was a renewed interest in building and playing viols of violin-shape, or with violin traits – just before the viol was finally out-fashioned.
“The bass viol was held in for a long time in high esteem, but the violoncello has totally annihilated her... As the strings of an instrument must be proportionate between themselves and in relation to the body of the instrument, the quantity of strings which exists on the bass viol requires the high strings to be thin and slim, what, considering their length, can only give them an undernourished sound, harsh, by consequence: in addition, the sound dwells in a hollow belly from which it can only be sent out weakly” (Notice du Mémorial raisonné de Gascault, Paris 1761).

"Forqueray is the sole giant who combats for her [the viol]. He has employed all the means to improve it: he has well tried different forms and constructions; he has sought to diminish the number of strings which overload the table of the instrument…”(Pierre Ancelet 1757).

Those instruments were often designated as violles en violoncelle, or violles en forme de violoncelle (viols in cello form) by the community of French luthiers, as did Benoist Fleury (1719-1792) and François Feury (fl.1750-60) in 1756, Pierre Louvet (1709-1784) and Georges Cousineau 1733-1800) in 1770, when inventorying the instruments remaining in the atelier of their colleagues Pierre François Grosset (?-1756), after his death, and Louis Guersan, after the death of his wife.

On French late viols, see Myrna Herzog's doctoral thesis.
Learn more about this fascinating viol in the article "Finding the true identity of the Castagneri viol: a detective story", and in the extensive article about it, illustrated with photos, in the "History of the Parisian violin making from the XVIIIth century to 1960” by Sylvette Milliot (Paris 1997). 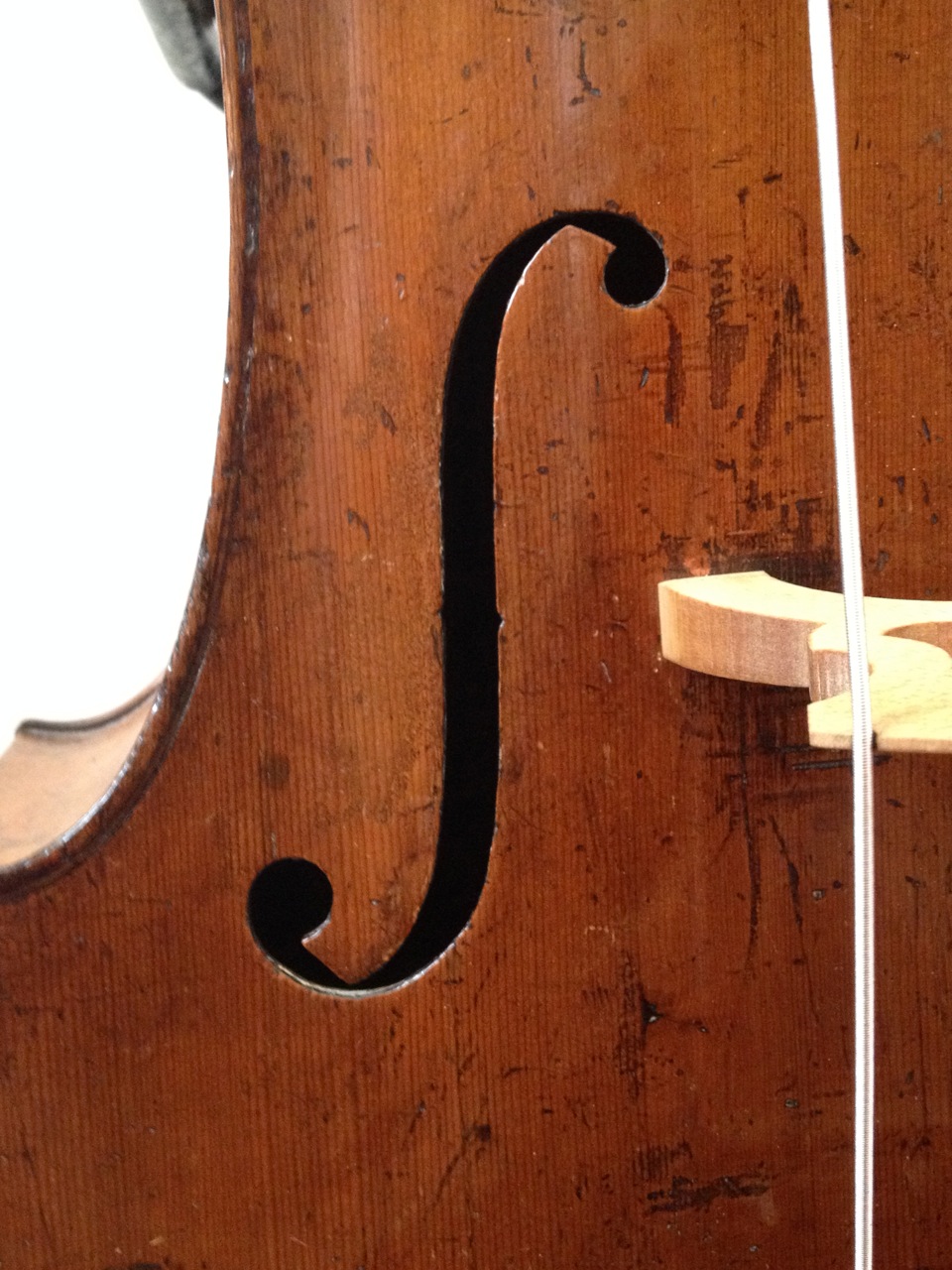 Andréa Castagneri (1696-1747) was born in Italy, and moved to France around 1720 as a servant of the Prince of Carignan, settling with his wife in the Prince's residence, the Palace of Soissons (where this viola da gamba was made). He learned the violin-making profession in Paris, receiving his diploma in 1740. After the death of the Prince in 1741, Castagneri earned his life as a luthier. His clients were the most important professional players, and the most aristocratic amateurs.

Andrea Castagneri is considered one of the most important French string instrument makers. The Encyclopédie Méthodique (Paris 1785) in its chapter on the violin  (p.24) says: “Among the makers established in France, we distinguish Boquet, Pierray, Castagnery & others, who have made violins comparable to the most celebrated makers which we just named [Amati, Stradivarius, Steiner].” 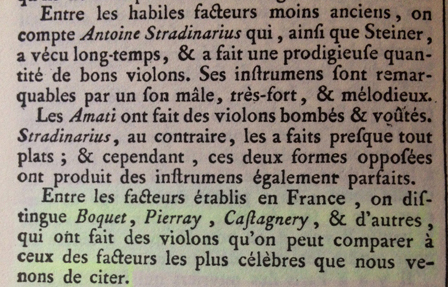 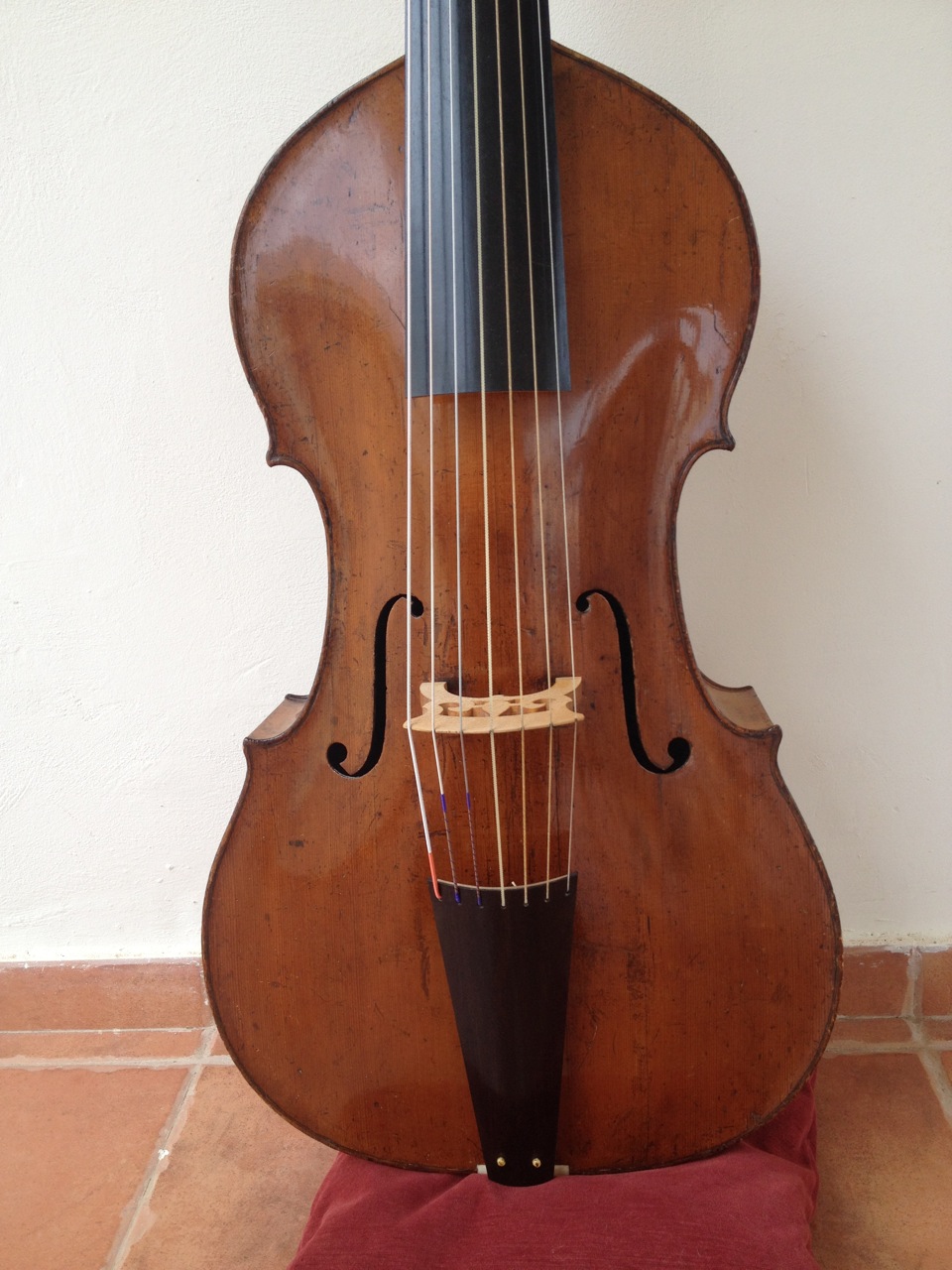 
The Castagneri viol has two alternative settings – as a 6-string or 7 string instrument.
It has an extra set of tailpiece, bridge and nut which enable a quick conversion to either setting, both of which work extremely well.
In this video, it is set as a 6 string instrument.