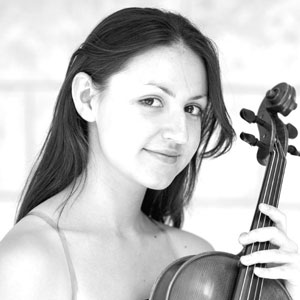 Katya was born in Moscow in 1987 and immigrated to Israel in 1991. She started her recorder studies at the age of 9 with Josef Sharon and continued with Michael Meltzer and Drora Bruck. At the age of 13 started to learn the viola with Dr. Lilach Levanon, and continued with Mr. Roman Spitzer.
Katya is a graduate of the Thelma Yellin High School of the Arts, the Giv’ataym Conservatory and the Jerusalem Music Centre Young Musicians Unit. As a member of this unit, Katya has played and recorded for the radio with various chamber ensembles.

Katya is a dedicated chamber Musician: she is a member of Ensemble PHOENIX, the Israeli Contemporary Music String Quartet , the Barrocade and The Israeli Bach Soloists.