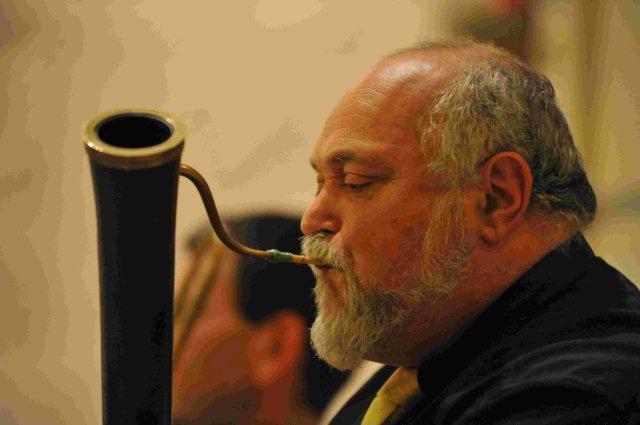 Alexander Fine was born in the Ukraine in 1953 and graduated from the Music Conservatory of Leningrad in 1975 with the degree of Master of Fine Arts. He served as principal bassoon player of the Leningrad State Chamber Orchestra during 1974-89, including over 100 solo performances with orchestra. From 1983 on, Fine served as the lead musician (Baroque oboe. recorders) in Consort 1 a Leningrad chamber music ensemble that performed Baroque music on original instruments.

Alexander Fine has continued his activities as a Baroque musician, either with his own ensembles or as a guest with established Israeli Baroque groups, such as the Jerusalem Baroque Orchestra and The Jerusalem Consort, with whom he has also recorded. He is also the wind-band leader at PHOENIX, which he joined in 2000, having participated in a number of the ensemble's recordings.

Fine participates often in international projects with renowned baroque artists such as Anthony Rooley, Evelyn Tubb, and Crispian Steele Perkins and at the Early Music Workshop in Jerusalem, teaching and performing.