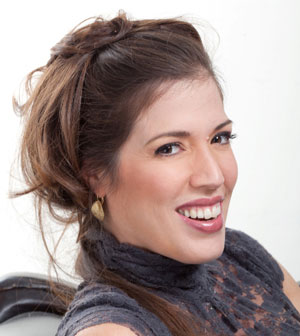 Considered among the prominent singers in Israel, Hadas began her singing training at the age of 7 in the “Moran Choir” conducted by Naomi Faran. Hadas completed her B.Mus with distinction at the Buchman-Mehta School of Music in the Tel Aviv University, and her Master’s degree at the Jerusalem Academy of Music and Dance.

In 2012 she reached the final of the Handel Singing Competition, London. She was a recipient of the IVIA scholarship (2009) and the America-Israel Cultural Foundation (2007-2008), and an award winner of the Jerusalem Academy of Music and Dance German Lieder Competition (2009).

Since her orchestral debut at 19 with the Haifa Symphonic Orchestra conducted by Stanly Sperber, Hadas has performed regularly with some of the leading orchestras and conductors in Israel and abroad.

In the baroque field, Hadas has sung as soloist with the Jerusalem Baroque Orchestra, is a member of Voce PHOENIX and has been the lead soprano of "The Israeli Bach Soloists" since 2008.