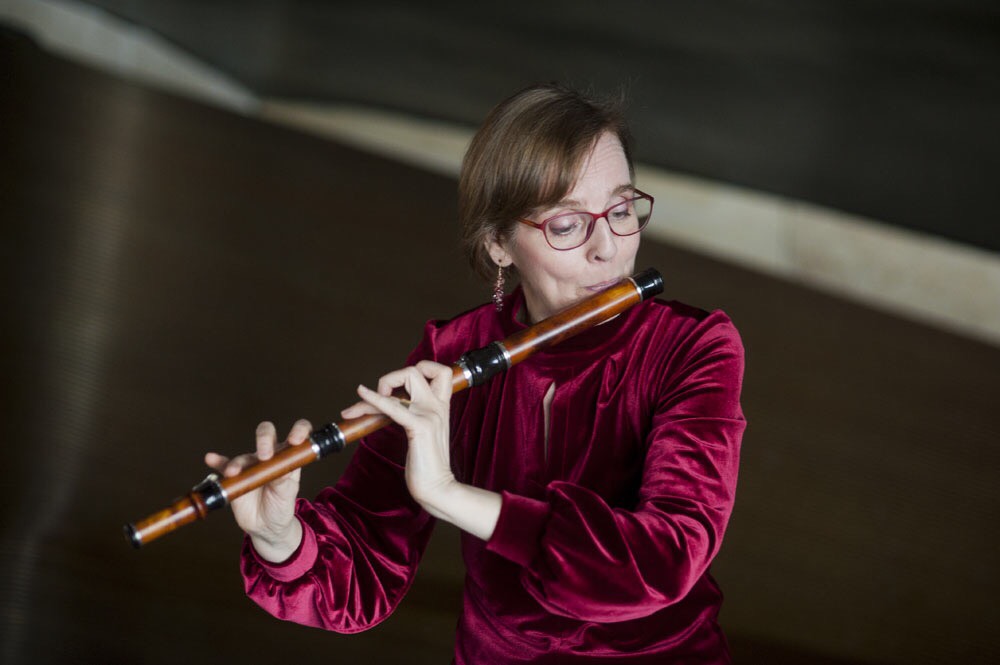 Geneviève Blanchard, originally from Canada, currently lives in Israel. She performs regularly as a soloist and chamber musician with the Phoenix Ensemble, the Barrocade Baroque Collective, the Jerusalem Baroque Orchestra and other leading early music ensembles. She participated in festivals in Israel, Canada, Estonia, England, Spain and the Czech Republic. A versatile musician, she enjoys playing a wide repertoire on her many flutes, ranging from Renaissance to modern.

Geneviève is an enthusiastic teacher and was invited to lead master-classes and chamber music courses in France, Germany, Slovakia and Canada. She also taught flute and baroque flute at the Israel Conservatory (Tel Aviv) for many years.

In Canada she served many years as Assistant-Principal Flute in the Calgary Philharmonic Orchestra and participated in numerous recordings and broadcasts. While a member of the Vancouver-based Baroque ensemble The Musick Masters, she performed with the Pacific Baroque Orchestra and the CBC Vancouver Orchestra.

Geneviève is a graduate of the prestigious Paris conservatory (CNSM). She furthered her studies with Aurèle Nicolet at the Musik Hochschule in Freiburg, Germany; at the Royal Conservatory of The Hague she specialized in Baroque flute and Baroque performance practice with Wilbert Hazelzet; and later on she studied the Renaissance flute with Nancy Hadden.