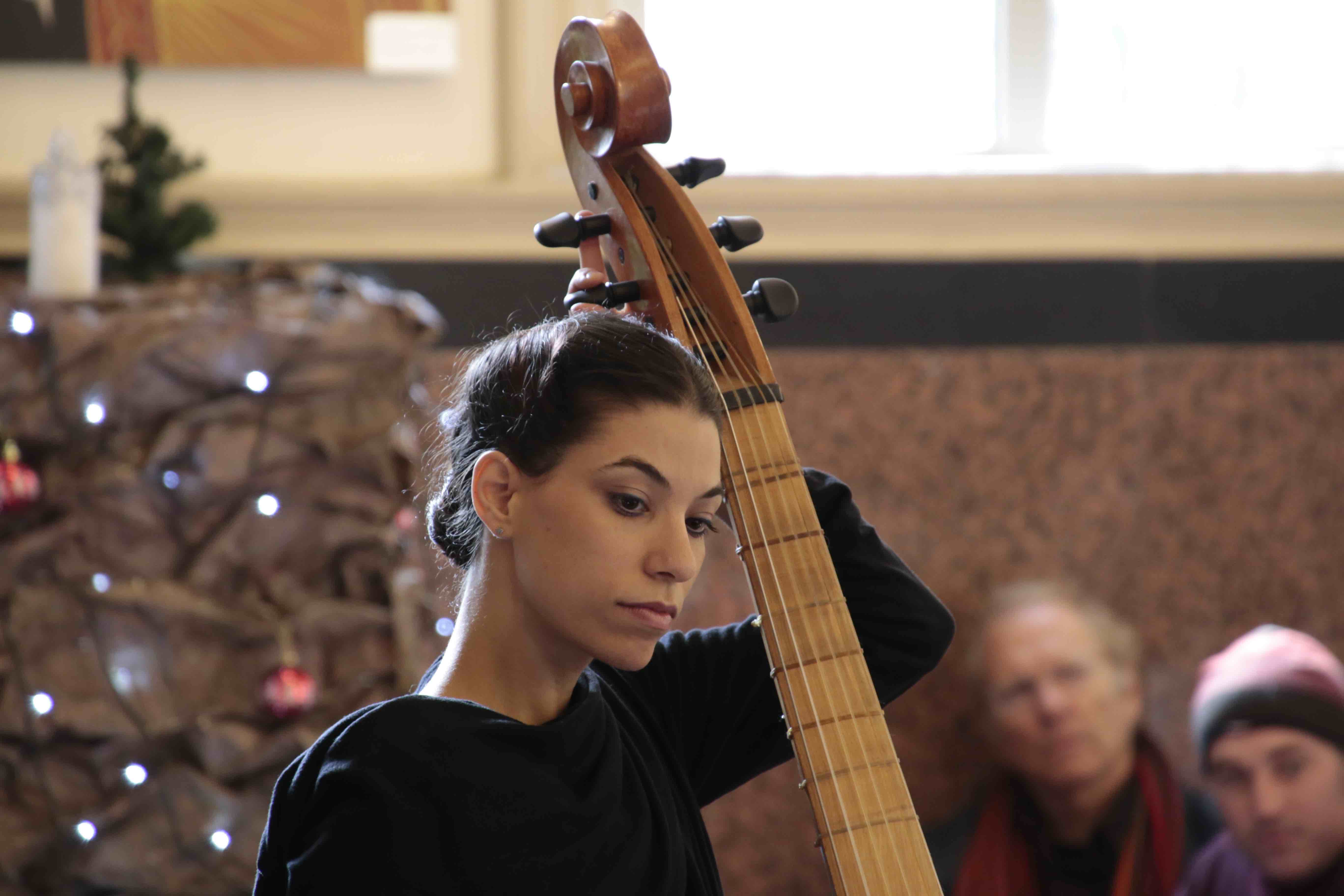 Dara Bloom is a bass player who is fortunate to have been introduced to Dr. Myrna Herzog in 2009 with the thought of joining Dr. Herzog’s unique PHOENIX Ensemble. It is through this meeting that Dara both joined the ensemble and began viola da gamba studies with Dr. Herzog, leading onwards to a continuing involvement and commitment in the field of historical performance.

Since joining PHOENIX, Dara has completed her BA with Dr. Michael Klinghoffer at the Jerusalem Academy, then moving to Boston to study with Don Palma at the New England Conservatory, where her involvement also included such contemporary music involvement as recordings for New World Records with Anthony Coleman and performances with improviser-composer Wadada Leo Smith and Steve Drury.

Following her time at NEC, Dara continued to New York City to study as bass player of The Juilliard School’s Historical Performance department, where she continued her study of violone, Viennese bass, viols, and double bass, playing with such musicians as Jordi Savall, William Christie, Rachel Podger, Kris Bezeidenhuit, Monica Huggett, and Fretwork.

Dara is currently based in New York City, returning to Israel to play concerts most often with Jerusalem Baroque Orchestra, Phoenix Ensemble, and friends.