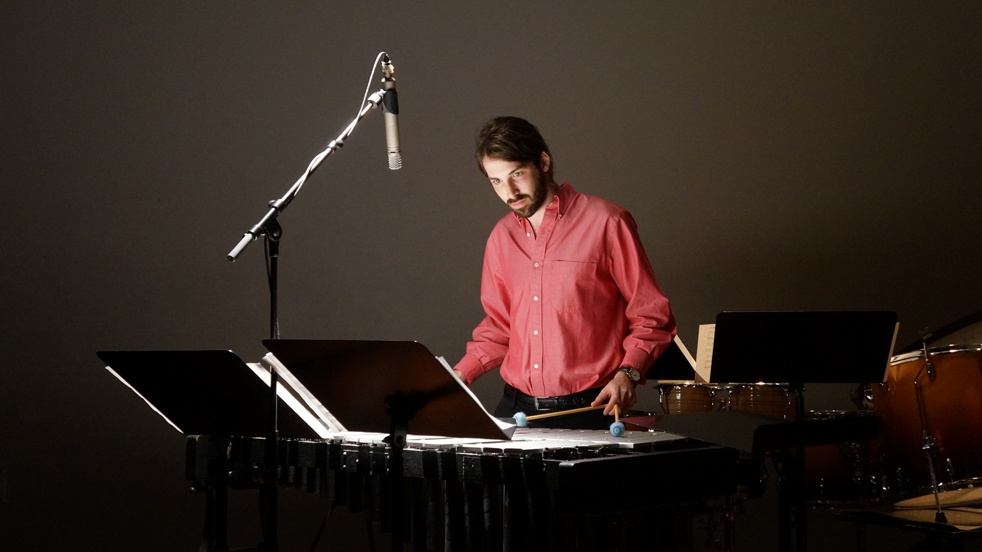 Oded Geizhals was born at Kibbutz Shaar Haamakim, Israel in 1990. He studied at the Kiryat Tivon Conservatory with Jenia Mystrovsky, and served in the Israeli Military as a percussionist, with recognition as an “Outstanding Musician”. He studied with Tomer Yariv and at the Tel-Aviv University (the Buchmann-Mehta School of music) with Alon Bor. He got a Master in Performance at the Hochschule für Musik Basel, Switzerland, in the class of Matthias Wuersch and  Christian Dierstein.

Oded won the first prize at the Contemporary Music Competition, Tel Aviv University at 2013 and was a winner of the America – Israel Cultural Foundation scholarship 2010-2015.

Oded performs in Israel, Europe, USA, South America and Asia. He is a member of the Israel Contemporary Players since 2011 and performed with orchestras such as the Jerusalem symphony orchestra, Israel Symphony Orchestra Rishon LeZion, Israel Camerata Jerusalem, Israel Netanya Kibbutz orchestra, Collegium musicum Basel and others. He performed also in some of the main Israeli theaters; Habima National Theater, the Cameri Theater of Tel Aviv, the Haifa Theater, the Yiddish Theater in Israel etc.

In the realm of pop music Oded recorded and performed with top Israelis artists such as Keren Peles, Eran Zur, the Israeli “The Voice” (TV Show), Yonatan Gefen and Assaf Amdursky.