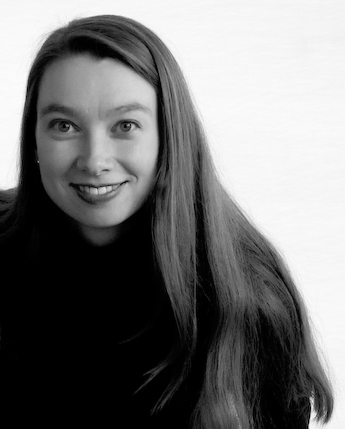 The Dutch mezzo soprano Anne Marieke Evers studied at the Conservatory of Amsterdam. She concentrated afterwards on music of the Middle Ages and Renaissance at the Schola Cantorum Basiliensis (Basel – Switzerland). She futhered her vocal studies with Mariette Witteveen (NL) and Elizabeth Daniels (USA).

In Basel she founded the ensemble Grand Desir with recorder player Anita Orme Della- Marta. This ensemble, that specializes in late medieval and contemporary music, made its debut at the Early Music Festival Utrecht, The Netherlands. They performed in the Concertgebouw in Amsterdam, France, UK, Switzerland and at Melbourne Early Music Festival (Australia). In July 2009 they won the Friends Prize at the York Early Music Competition. Later that year they released their first CD Danse et Chanson and were invited in the concert serie Network Early Music Utrecht (NL). (www.granddesir.com).

Anne-Marieke is a sought after solist for oratorio repertoire: Bach’s Passions and Magnificat, C.P.E. Bach, Saint Saens, Vivaldi, Mozart, Mendelssohn and Strawinsky.
She sang in opera productions such as Dido and Aeneas by Henry Purcell in the title role and in L’Enfant et les Sortileges by Maurice Ravel (Tasse Chinoise). She also has a comprehensive Liederrepertoire, inclusive composers as Poulenc (Le Travail du Peintre), Berio (Sequenza III) and Schoenberg (Pierrot Lunaire).

In the USA she was invited as a solist to sing with the Washington Bach Consort (J. Reilly Lewis) and with Bach Sinfonia (Daniel Abraham).
In 2010 Bach Sinfonia released a CD with all motets of J.S. Bach with Anne-Marieke as the alto soloist. In Washington National Cathedral she sang in a solo performance of Bach’s Matthew Passion with 10 singers conducted by Michael McCarthy.

She designed a family concert around an exhibition City Scapes -Dutch cities in the 17th century commissioned by the National Gallery of Art Washington DC, featuring 17th Dutch music. Another family concert was requested around the exhibition on the works of the Dutch painter Gabriel Metsu. where she performed together with the Texas Childrens Choir.

In 2016 she made her debut with the Jerusalem Baroque Orchestra (David Shemer, musical director) in a St. Matthew Passion in Jerusalem with 8 singers under the baton of Joshua Rifkin.

In the season 2016-2017, engagements include recitals & oratorio in Israel, the Netherlands and Germany and the role of Arioco in the world premiere of the complete oratorio Nabucco by Michelangelo Falvetti in charge of Myrna Herzog and PHOENIX at the 50th Abu Gosh Festival in October 2016.