The Fall of the Angels 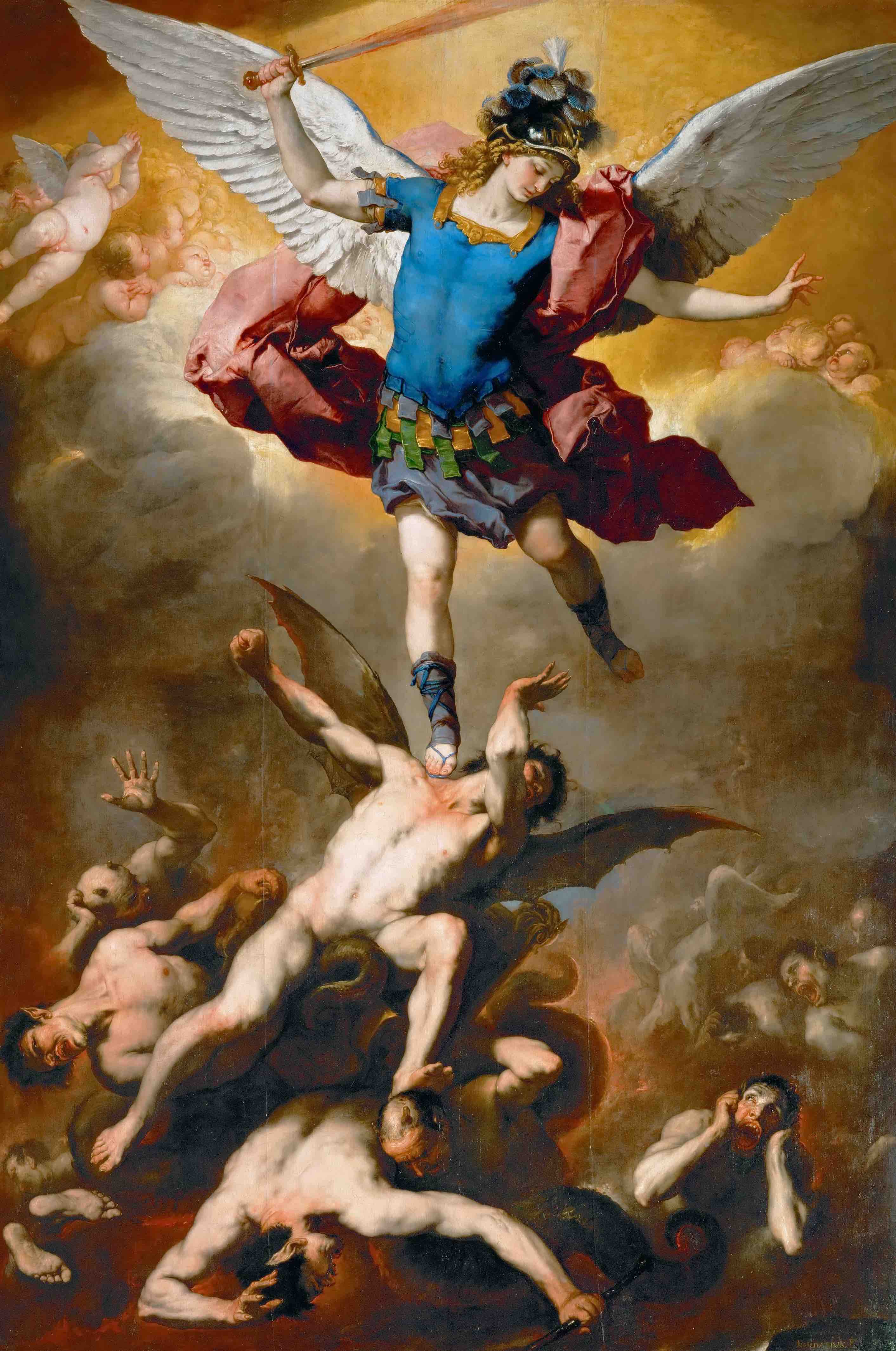 Following the biblical apocryphal book of Enoch, LA CADUTA DELL' ANGELI depicts the rebellion of angels led by Lucifer (then an angel of light = luce), their defeat by Archangel Michael and his army of good angels, and their fall into the abyss.
As an angel of light, Lucifer's character is allocated to a soprano; after the fall he becomes a bariton!
Choirs of demons and angels opposing each other, exuberant dances and poignant chromaticism make this a colorful work and a great entertainment.

The program is complemented by a Neapolitan cantata by Cristofaro Caresana on the same theme, and instrumental music by Pietro Andrea Ziani, Maurizio Cazzati, Giovanni Battista Vitali and Bernardo Storace.

"First impression: "Wow!"... an exciting encounter with the oratorio"... we hope that concert organizers in our area first of all will invite Myrna Herzog and the team to perform again the "Fall of the Angels" and soon. This is a must, it is worthwhile."  Hagai Hitron, Ha'Aretz

The Vocal Department of The Buchmann-Mehta School of Music of the Tel Aviv University, directed by Prof. Sharon Rostorf-Zamir.

With the special participation of :

With the support of The Italian Cultural Institute in Tel Aviv 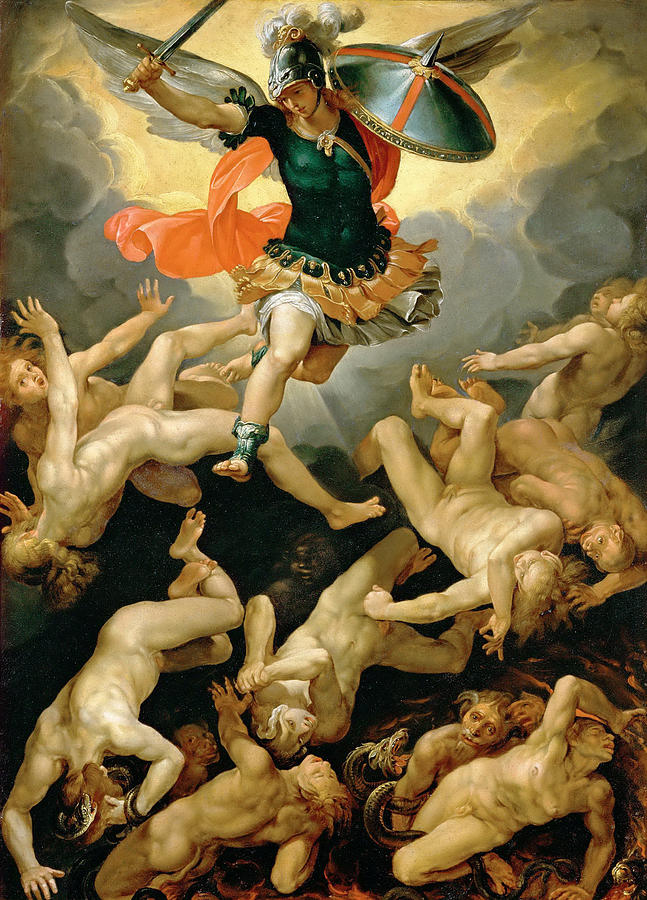 The main piece of the program is a southern Italian oratorio by Don Francesco Rossi  (Bari 1625 - ca 1690), named LA CADUTA DELL' ANGELI  (The Fall of the Angels), a 6 voices.It describes the War of Angels referred by the biblical apocryphal book of Enoch:  before the Creation, two armies of angels competed for power: that of Adonai, led by the Archangel Michael and that of Lucifer, commander of the rebel angels. The first is victorious and the demons are thrown down from heavens into the abyss. As an angel of light, Lucifer's character is allocated to a soprano; after the fall he becomes a bariton! Choirs of demons and angels opposing each other, exuberant dances and poignant chromaticism make this a colorful work.

The composer, Don (Nicolò) Francesco (de) Rossi (Bari 1627 - ca 1699) is thought to have studied in Naples at Conservatorio di Sant'Onofrio a Porta Capuana, where he worked as chapel master from 1669 to 1672. Some of his sacred works are preserved there, including LA CADUTA DELL' ANGELI.  Returning  to Bari, he was elected canon of the catedral and appointed chapel-master in 1677. Rossi later traveled to Venice where he composed operas (1686), and was elected choirmaster of the Ospedale dei Mendicanti in 1689, retiring in 1699.

Also in the program,  the Neapolitan cantata LA VITTORIA DEL INFANTE, a 6 singers  by Cristofaro Caresana (c.1640-1709) -  who during 1667- 1690 happened to be the director of the same Sant'Onofrio Conservatory where Rossi worked.  Caresana was born in Venice, where he studied under Pietro Andrea Ziani, before moving to Naples late in his teens. In Caresana's cantata, Lucifer wishes once more to wage war on Heavens, and is again defeated. Caresana music is full of exuberant energy, beauty, with lots of Neapolitan sentiment. It has great dynamic contrasts in the interplay of soloists and vocal ensemble, all supported by wonderful instrumental writing.

The program is complemented by 17th century Italian instrumental music by Bernardo Storace (c.1637 – c.1707), probably a Neapolitan  who worked as vicemaestro di cappela to the Senate of nearby Messina in Sicily, then an important cultural pole; and by musicians who were all interconected: Giovanni Battista Vitali (1632 -1692), one of the most interesting Italian composers in the field of instrumental music before Corelli’s era, worked in Bologna and Modena, and was a student of Maurizio Cazzati (1632 -1692), who in his turn worked as maestro di capella in the musical chapel of Santa Maria Maggiore in Bergamo -  one of the most outstanding of the North-Italian ecclesiastical institutions – where he was succeeded by Pietro Andrea Ziani (1616-1684); Ziani, on his side had been Caresana’s teacher, and spent the later phase of his life in Naples, working as organist and maestro di cappella at the Naples court,  and  after 1677 as a teacher at the same Sant' Onofrio Conservatory  where Rossi studied and worked, and that Caresana directed.

Our partner in the first production of the oratorio was the Ludovice Ensemble, represented by its founder, musical director and early keyboard specialist, Fernando Miguel Jalôto and the percussionist Rui Silva. The Ludovice Ensemble is Portuguese early music group, based in Lisbon, that focuses on the research and historical performance of Baroque chamber music on original instruments. It was founded in 2005, and it has since become a reference in the Portuguese Early Music scene. It all could happen thanks to  the support of The Embassy of Portugal in Tel Aviv , the Camões Institute and the Italian Cultural Institute in Haifa

We are indebted to Silvia Allessandra Giummo and Giacomo Contro for their help regarding Rossi's Caduta dell'Angeli.

"The present gift we received from Herzog - she promises that there will be more - is the oratorio "La Caduta dell Angeli" by the 17th century Italian composer Francesco Rossi...
First impression: "Wow!"... an exciting encounter with the oratorio... the work is particularly nice and captivating at once, to say the least.... The most important: we hope that concert organizers in our area first of all will invite Myrna Herzog and the team to perform again the "Fall of the Angels" and soon. This is a must, it is worthwhile." Hagai Hitron, HaAretz
Read the full review here or in the next tab.

"Making for a unique concert of Italian music, the recent PHOENIX program offered performance of outstanding quality and interest....the evening’s instrumental playing was stirring and inspiring...  a work that could only be deemed as “theatrical”! ... one cannot help being amazed by its universality, its lively, natural dialogue and emotions, all accessible long after being penned...  it concluded with resplendent choral singing...  . As to the young student vocalists, their diligent work under Myrna Herzog’s guidance (this early music style being a totally new musical experience for them) resulted in singing that was unencumbered by heavy vibrato without sounding forced, showing the primacy of the words; within a short period of time they had, in fact, achieved a vocal timbre authentic in style and tuning for 17th century Italian music.

Founded and directed by Myrna Herzog, the ensemble’s performances have changed the Israeli music scene, encouraging Israeli musicians to embrace music of all periods and in the appropriate authentic manner.  Above all, PHOENIX is known for its performances of an uncompromising, high level." Pamela Hickman 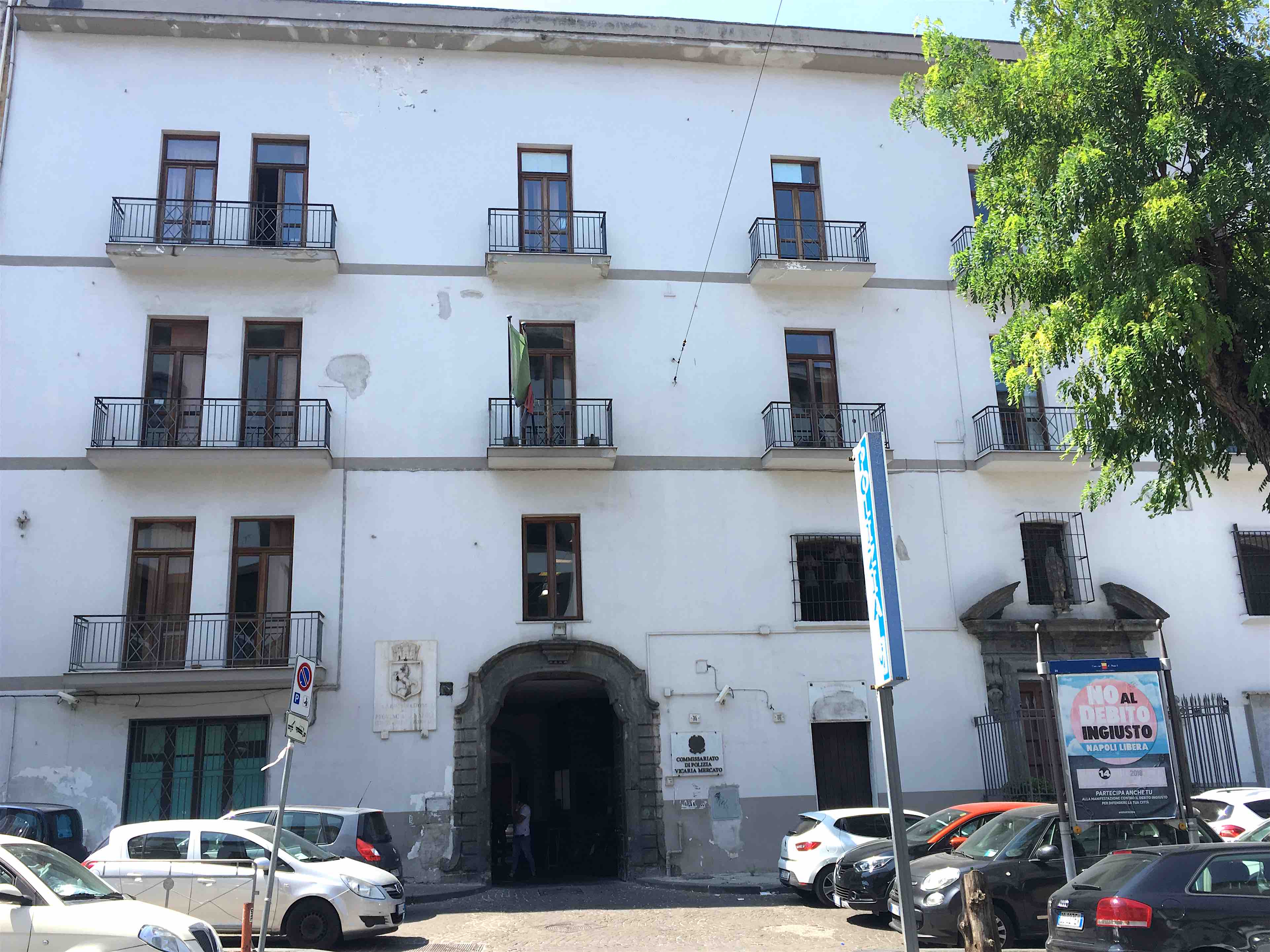 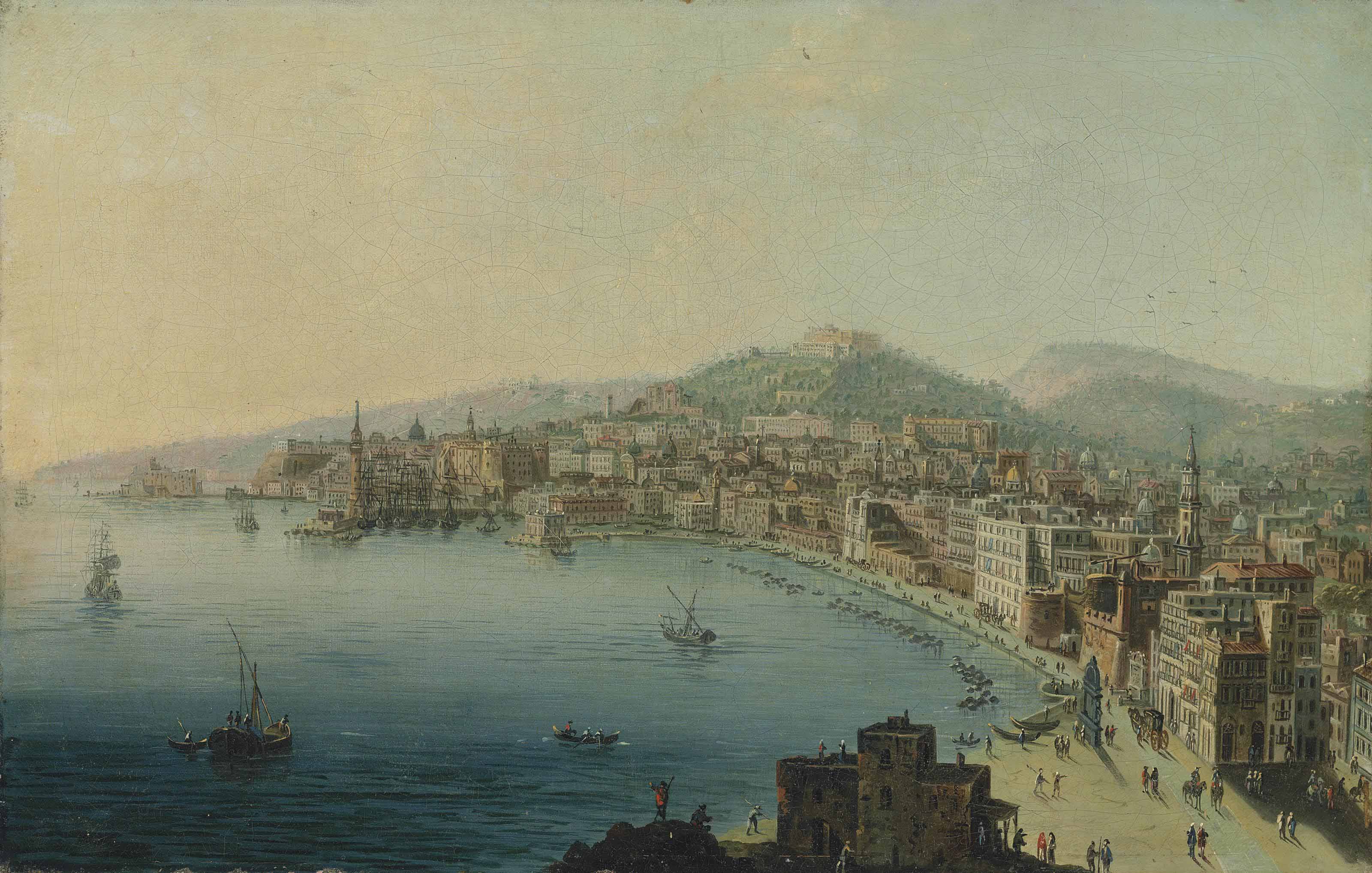 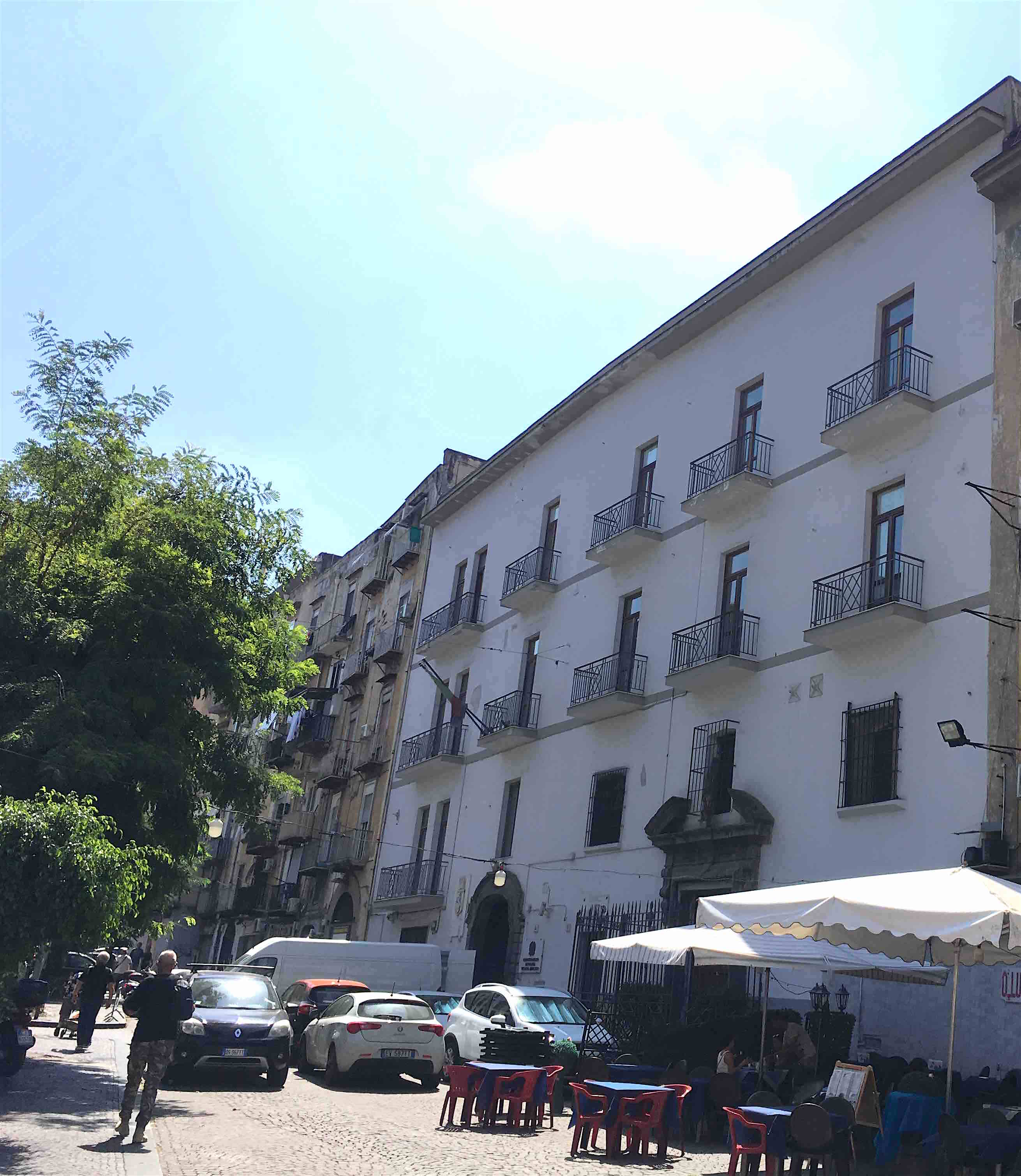