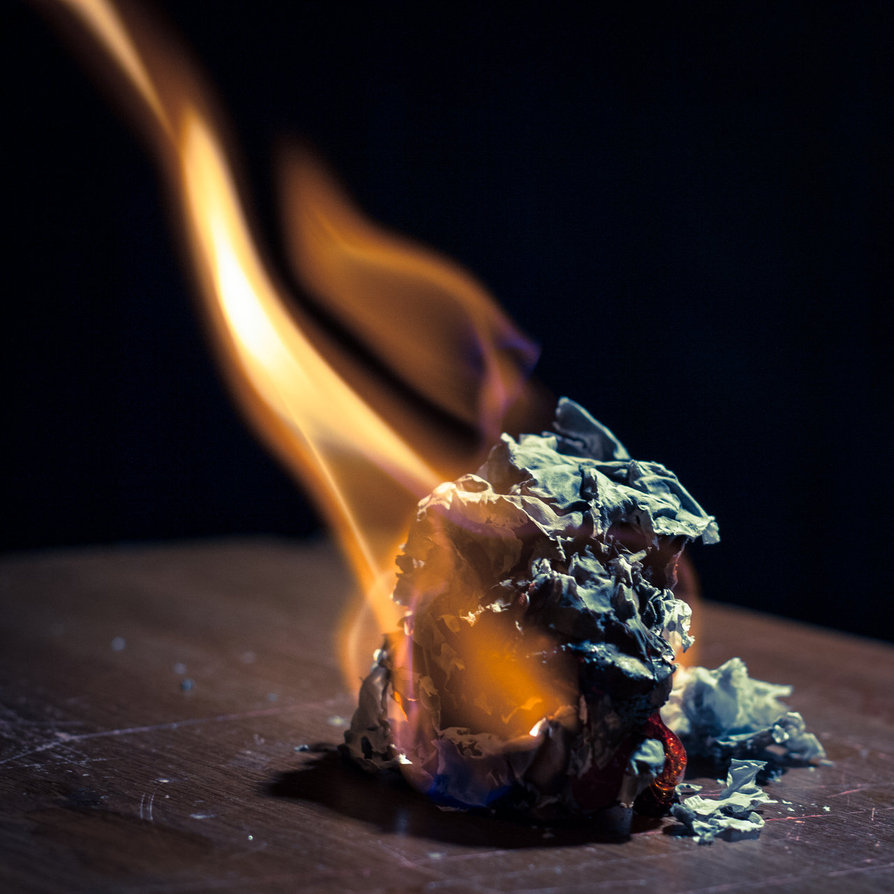 When Louise burned the letters of her unfaithful lover is the title of one of Mozart's lieder, a genre which became very fashionable in the end of the 18th century.  During this period Haydn composed some three dozen lieder with keyboard accompaniment and Mozart a similar quantity, including the one Goethe considered masterpiece— Das Veilchen (“The little violet”), Mozart's only Goethe setting. Beethoven's wrote nearly as many lieder as Haydn and Mozart together, in addition to masterly arrangements of 168 folk songs.

From Mozart's famous Violet and Als Louise, through Haydn's canzonets speaking of Sailors and Mermaids, to Beethoven's arrangements of Scottish songs about the Sunset in Ettrick's vale and Waterloo batlle, those are true gems, wonderfully presented by Karin Shifrin, Moshe Epstein, Marina Minkin and Myrna Herzog. Also in the program, Haydn's Second Trio for the Harpsichord or Piano Forte, German Flute & Violoncello, in G. 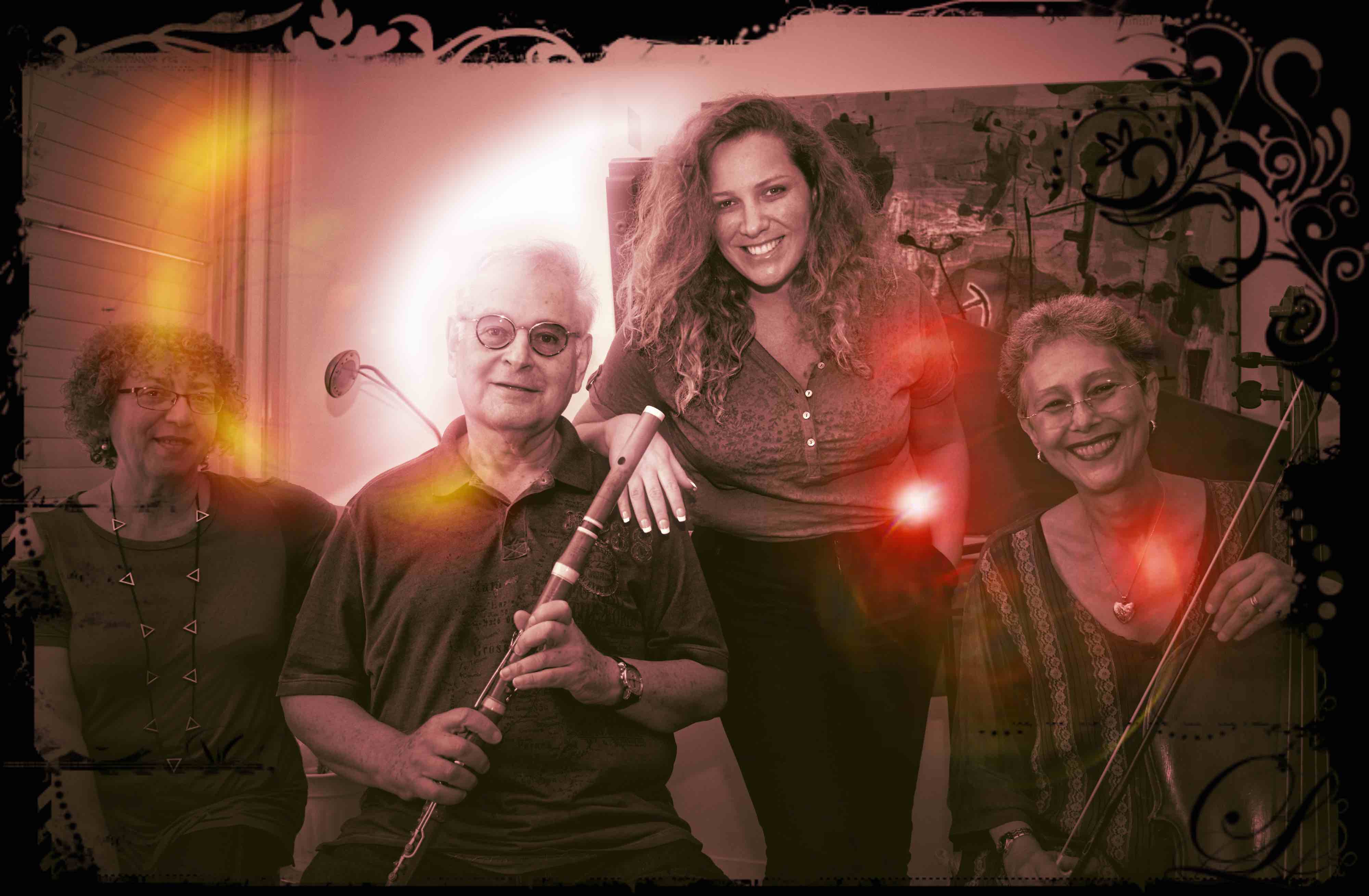 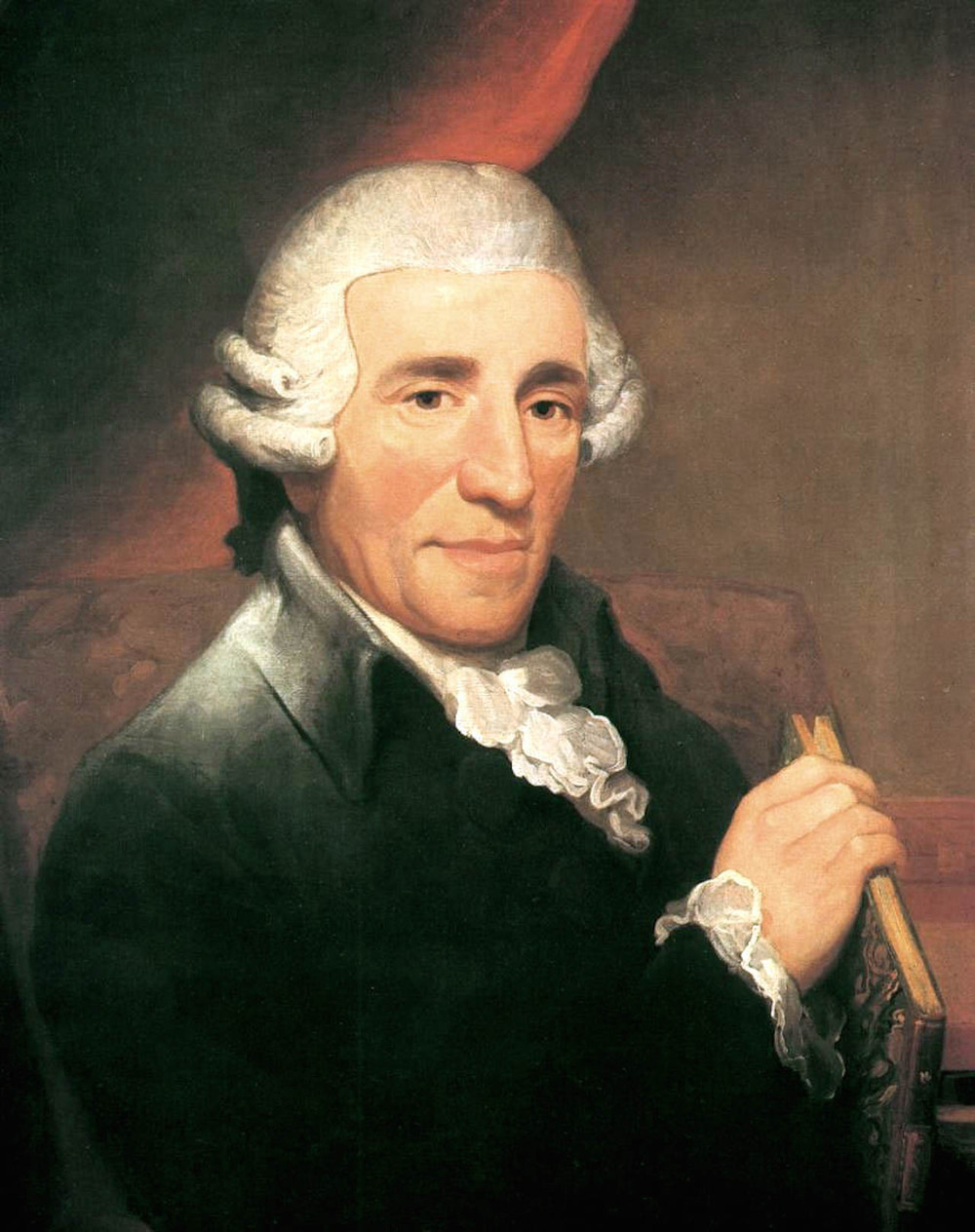 Our program starts with Haydn’s trio for keyboard, flute and cello in GM.
This is one of the three fine trios for keyboard, flute and cello published by the composer in 1790, just before his first London visit.
He arrived in London on January 2nd, 1791 (aged 59), and writes to a friend: “My arrival caused a great sensation throughout the whole city, and I went the round of all the newspapers for 3 successive days”.
During his stay in London he frequented the most distinguished British salons, and wrote a lot of chamber music for them: solo sonatas, trios and songs with keyboard.
Of particular importance was his friendship with the poet Anne Hunter, widow of the great surgeon John Hunter, who wrote the beautiful texts set to music by Haydn that we will present. 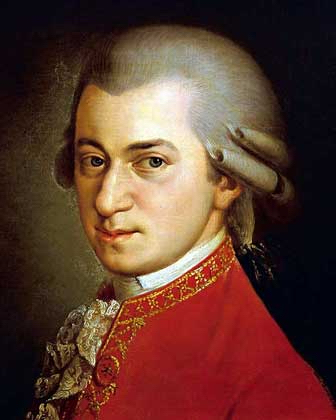 Mozart and Haydn met in Vienna, very much admired each other, and occasionally played together. As the singer Michael Kelly recounts:
“Storace [the composer of The Pirates]  gave a quartet party to his friends. I was there, and a greater treat, or a more remarkable one, cannot be imagined.
First Violin: Haydn, Second Violin: Baron Dittersdorf, Violoncello: Vanhal , Viola: Mozart.”

Haydn was an influential personality in Mozart's life, and his Sun Quartets, are thought to have inspired Mozart's six early string quartets K.168–173.
Mozart  dedicated to Haydn another set of quartets (K. 387, 421, 428, 458, 464 and 465) - an unusal gesture, for usually dedicatees were members of the aristocracy.
Mozart’s songs, however, have a character of their own, often theatrical and dramatic, as you shall hear in Das Veilchen and Als Luise.
The third song of this group, the magical Wiegenlied, was for long time attributed to Mozart. Presently its authorship is under dispute, considered by some the work of Johann Friedrich Anton Fleischmann. 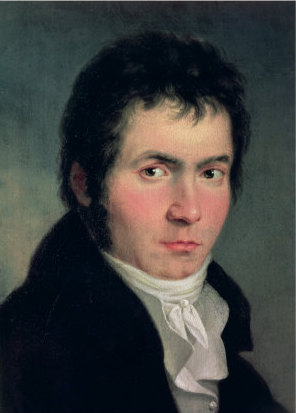 Beethoven masterful arrangements of Scotish songs were made upon the order of George Thomson.
Thomson was a Scottish publisher and collector of Scottish songs. He "employed many leisure hours in collating and collecting the most favourite of our national melodies, for publication.... we are desirous to have the poetry improved wherever it seems unworthy of the music...."..  and to  provide artful accompaniments as well.
Between 1799 and 1818 he published five volumes of those songs, many with new lyrics ordered from important writers such as Burns, Walter Scott and Thomas Campbell, and with arrangements by  Haydn, Beethoven and Johann Nepomuk Hummel.
The four songs we present in our program come from Beethoven's op. 108, Twenty-five Scottish songs, from 1818. They were comissioned  by George Thomson, who requested the top part to be written to be played by a violin or flute.In 1822 the composer would write another set of Twelve Scottish songs, WoO 156.

"Enlisting her vital and substantial vocal resources, Shifrin’s singing of the bitter-sweet melodies and texts, was real and touching. While adding flute- and ‘cello roles to the songs throughout the concert, a joint effort of the part of the PHOENIX musicians, the artists’ playing remained faithful to the original texts, was lush and offered the addition of some beguiling solos. In their typically scrupulous and  profound enquiry into the works on all levels, the PHOENIX artists gave an inspired performance of some of the Classical period’s most splendid and immortal music."  Pamela Hickman