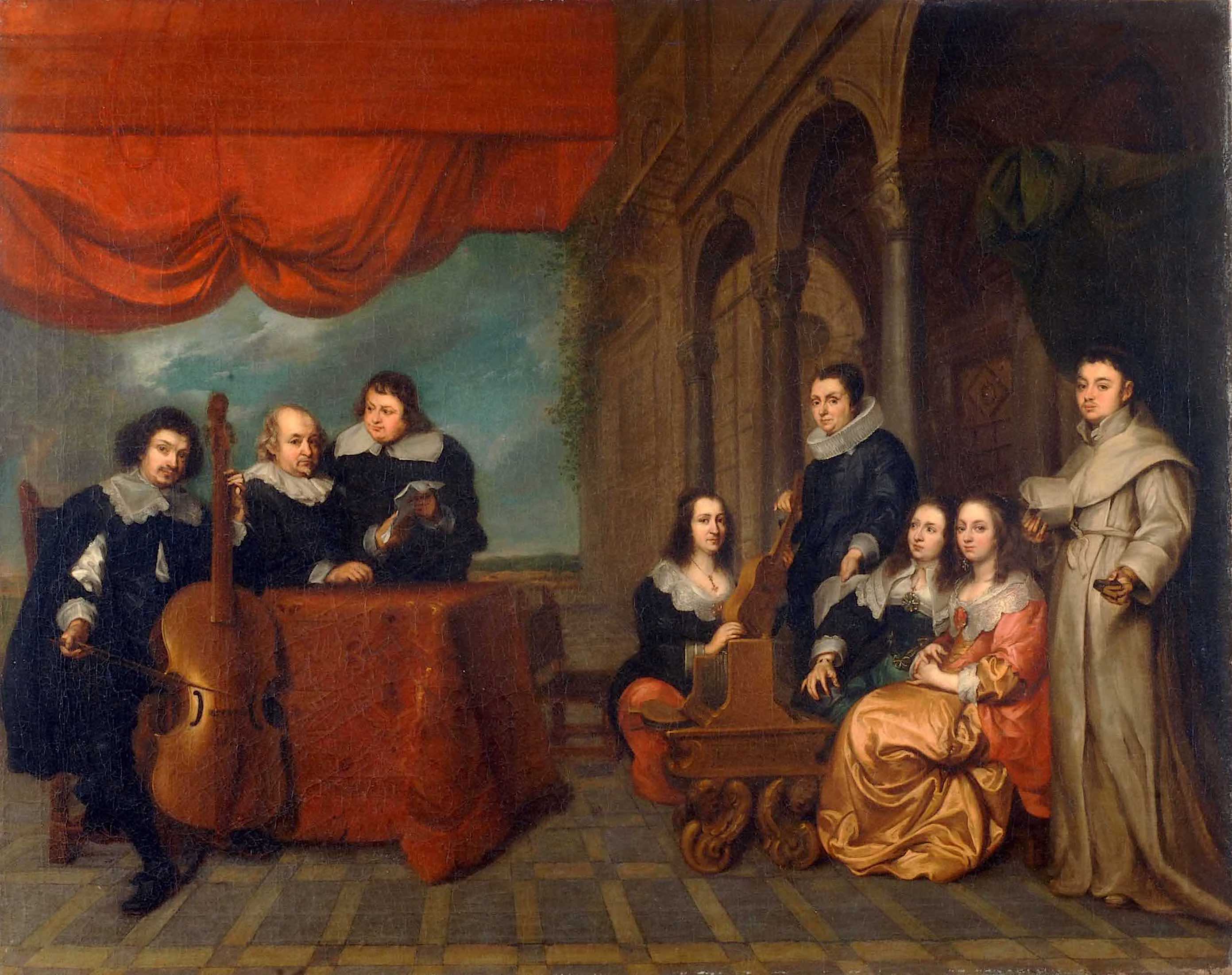 Music by Leonora Duarte (1610-1678) and her circle (Constantijn Huygens, Nicholas Lanier, John Bull), her contemporary and inspirer Girolamo Frescobaldi and songs from the Portuguese synagogue in Amsterdam (since 1675) notated from memory by their choir conductor David Ricardo (1904–1982) after the 1940 Nazi occupation of Holland in WWII. The program includes also a Portuguese Passover song that Leonora Duarte might have concealed in her sinfonia 5.

This program is dedicated to the memory of Saul B. Groen (Holland 1939 - Israel 2016), who has been extremely important in the revival of music of the 17th and 18th centuries in the Netherlands and far beyond. Saul dared to found in Amsterdam the first music shop specialized in early music in the world (MUZIEKHANDEL SAUL B. GROEN) – the significance of which cannot be overstated. He also published an important collection of early Dutch music, including the Huygens song in our program. Thanks to his shop and publishing house, a lot of music is safeguarded for future generations. Saul was the nephew of the late Marc Roselaar, the first gambist in Israel.

Our hearty thanks to David Shemer and the Jerusalem Baroque Orchestra, for the opportunity of this joing project; to Rachel Ricardo Thaller, who made available to us the synagogue songs notated by her father David Ricardo; and to  Belgian viol player Thomas Baeté for sharing with us his theory regarding the Passover song hidden into Duarte's music. 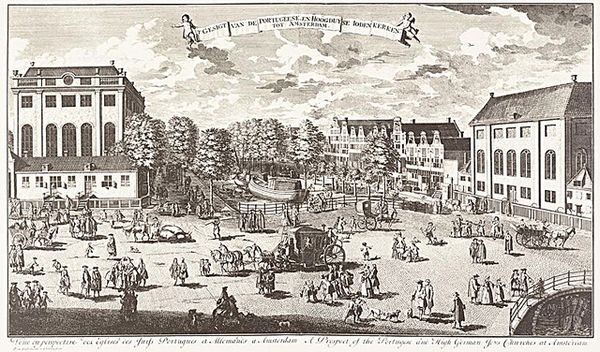 "Leonora Duarte, Palazzo and Synagogue" is a glimpse into the musical world of Marranos and Jews in the Low Countries in the 17th century: from the house concerts at the Duarte palazzo, attended by Antwerp's elite, to the songs chanted at the Portuguese synagogue in Amsterdam (known as 'HaMakom’ for its openness and tolerance of Jews).

– The Duartes were a Portuguese Marrano family of jewellery and diamond merchants who settled in Antwerp in the early 1600s, fleeing the Inquisition. Cultivated people, art collectors (friends of Ruckers, Vermeer, and possibly Rubens), Gaspar Duarte and his six children played many instruments, composed, and held prestigious concerts at their home on the Mier,(Antwerp’s main street) featuring music by contemporary composers such as Frescobaldi, Salomone Rossi, Nicholas Lanier and John Bull.

– Leonora Duarte (1610-1678) had an excellent musical education, with instruction on the viol, lute, harpsichord and in composition and it was probably for this domestic circle that she composed her 7 polyphonic sinfonias for 5 viols (surviving in Oxford’s Christ Church College Mus. ms. 429). This is the only known viol consort music written by a woman in the 16th and 17th centuries. It is influenced by English and Italian consort music, most especially Frescobaldi's 1615 Recercari (his Recercar settimo is quoted in her sinfonia 6).

– Constantijn Huygens was a diplomat at the service of the Princes of Orange and also a poet, philosopher, musician and patron of rising talents such as Rembrandt. He was enthusiastic about the Duarte sisters' voices, and sent them his music . He corresponded with Gaspar Duarte, and also with Descartes and Corneille.

– John Bull (1562/3–1628), was an English organist and one of the most famous composers of keyboard music of the early 17th century. In 1616 he became the organist of the Cathedral of Antwerp and is supposed to have been Leonora's tutor. 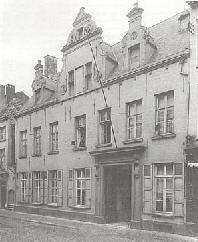 – There are two unidentified cantus firmus in Leonora's sinfonias. Belgian gamba player Thomas Baeté suggested that one of them could be a Jewish song. Myrna Herzog made a contrafacta, marrying to the music a surviving text of a lost Portuguese Pesach song.

– The 10 songs from the Portuguese synagogue in Amsterdam are part of a collection notated by the conductor of the synagogue choir David Ricardo, son of the congregation's chief rabbi Dr. Benjamin Ricardo and grandson of the cantor Eliakim Alvarez Vega. Ricardo left Holland to Israel in 1933, when the Nazis rose to power. When the Nazis invaded the Netherlands in May 1940, Ricardo understood in depth that the tradition dating from 1675 was in danger of perishing, and started to notate from memory 170 piyyutim - some of them in four voices he had written himself. The collection is being kept the National Library Library, and we are indebted to Rachel Thaller Ricardo for having revealed it and shared it with us.

In the photo, the Duarte residence on the Meir in Antwerp, 1898, shortly before its demolition. Photograph Antwerp, City Archives.

Ensemble PHOENIX presents "Leonora Duarte, Palazzo and Synagogue", a concert of Duarte's music, that of her circle and of music sung at the Portuguese Synagogue of Amsterdam
by Pamela Hickman

“Leonora Duarte, Palazzo and Synagogue” was a joint event of Ensemble PHOENIX and the Jerusalem Baroque Orchestra of the “Witches?” Festival (July 5-31, 2021, artistic director: David Shemer), a festival produced by the JBO, celebrating women and femininity in Baroque music. The program, researched, directed and assembled by PHOENIX director Myrna Herzog, took place at New Spirit House, Jerusalem, on July 20th 2021.

JBO founder and director Prof. David Shemer provided the audience with some information on Flemish composer and musician Leonora Duarte (1610-1678). She was born in Antwerp to a wealthy Portuguese-Jewish family of prominent merchants and art collectors. They were members of the Converso community (outwardly acting as Catholics while secretly maintaining their Jewish faith and practices. The Duarte family had left Portugal, settling in Antwerp to escape the infamous Inquisition.) Leonora received a superb musical education that included instruction in playing the viol, virginals and lute, as well as lessons in composition. The Duarte home was a nexus of music-making and the visual arts, the musical evenings, with Leonora and her siblings performing in them, becoming a port of call for traveling diplomats, literati, thinkers and composers, among the latter, Nicholas Lanier, the influential Constantijn Huygens, John Bull (1562/3–1628), and more.

Duarte wrote music for viol consort. All her surviving compositions - seven beautiful Fantasias - were performed at the festive concert in Jerusalem by Myrna Herzog, Tal Arbel, Marina Katz, Sonia Navot and Shmuel Magen (viols), Ophira Zakai (theorbo). and Marina Minkin (organ). Having some similarities to works of English Catholic keyboard player and composer John Bull, who was director of music at Antwerp Cathedral at the time (was he perhaps Duarte’s teacher?), the fantasias display Duarte’s familiarity not only with Tudor consort music but also with the Italian fantasia style of the late Renaissance as well as other Continental styles. In playing that was both articulate and poetic, the artists presented Duarte’s thought processes, her sophisticated free contrapuntal writing and the different moods possible within each piece, giving the audience a rare opportunity to experience the composer’s formidable compositional skills and elegant musical language, also her sense of quietude and introspection. Offering a glimpse into Baroque music-making within the domestic sphere, these fantasias are the only record of music written for the viol by a woman in the 17th century. As to Sinfonia No.5, the basis for it might possibly have been a Passover song  (as suggested by Belgian viol player Thomas Baeté.) Prior to hearing this fantasia, Herzog played the minor-modal melody, then to be joined by singers Sharon Tadmor, Liron, Givoni and Itamar Hildesheim in performance of a contrafactum, with Herzog providing a minimal, non-intrusive instrumental backing. Regarding the contrafactum itself, Herzog had constructed it, marrying it to the surviving text of a lost Portuguese Passover song.

As to the music sung in the Portuguese Synagogue of Amsterdam, it was saved from oblivion by the last choral conductor working there - David Ricardo (1904-1982) - who, on foreseeing the future destruction of the Amsterdam Jewish community, emigrated to Israel in 1933. He then set about notating 170 synagogue songs from memory, many of these Sephardic liturgical melodies arranged for 4-voices. Herzog was fortunate in receiving a copy of this important collection from Ricardo’s daughter, Rachel Thaller Ricardo, who was present at the Jerusalem concert. Thaller Ricardo spoke about the tradition of singing these very songs at family gatherings. Herzog chose some of the songs from the collection to be performed at the concert, several opening with a vocal solo, to proceed with the vocal ensemble, a familiar set-up in Central European synagogue music. Herzog’s order of performing the (mostly major) vocal pieces was in logical modulating sequence, with the result that each of the two groups of songs hung together, forming a musical whole. Myrna Herzog‘s preference for the 1/6 syntonic comma meantone temperament here, one well suited to 17th and 18th century music, was due to its highly coloured temperament, enhancing the contrasts between consonance and dissonance. What emerged was a lush fusion of instrumental and vocal sound combinations, inspiring the artists to highlight the textual, musical and emotional content of each song. Joining the ensemble made up of some of Israel’s most established Baroque instrumentalists, the three young singers, shining in both solos and ensembles, were clearly moved by the experience, as was the audience.

From music written by members of Duarte’s artistic circle, we heard “Love’s Constancy”, Nicholas Lanier’s quintessentially English ostinato-based setting of a Thomas Carew poem, this love song attesting to the composer’s sophisticated integration of text and music. Accompanied by harpsichord, bass viol and theorbo (Lanier frequently accompanied himself on the lute) Sharon Tadmor's singing of the evocative, ground bass ayre, with its many references to the natural world, was fresh and vibrant. Dutch diplomat and poet Constantijn Huygens, prominent in the fields of scholarship, music and science, was known to have performed and enjoyed music exclusively within circles of close friends belonging to the cultural elite of refined musical taste. From his 1647 collection of compositions in the Italian Baroque style comprising compositions for voice and basso continuo, tenor Itamar Hildesheim performed “Graves tesmoins de mes délices”, a love song of a less optimistic nature than Lanier’s. Following a stately viol solo (Herzog) introducing the piece, Hildesheim gave a sensitive enactment of the song, his presentation convincing and expressive, his well-anchored voice sculpting the piece’s rich shaping and emotional gestures in a piece typical of Huygens’ refined and expressive personal style.

Throughout the event, Marina Minkin divided her time between playing virginal and organ. Performing John Bull’s In Nomine XXXVII from the Fitzwilliam Virginal Book on the virginal (an informed choice) her playing was a reminder that Bull was one of the leading keyboard virtuosos of his time.  Minkin drew the audience into the workings of the plainchant-based piece and its motifs in delivery that was alive, technically assured and musically very interesting.

G. Frescobaldi’s “Si l’aura spira” closed this pivotal musical event on an exuberant note. Originally written for solo voice and continuo, Herzog had added two inner voices to it for the occasion. It was editor David Pinto who claimed that "four of the parts of Duarte’s Sinfonia 6 are taken well-nigh wholesale from a work in Frescobaldi’s 4-part Ricercari (1615), Ricercar Settimo, in which she {Duarte} contributed a second treble line and shortened Frescobaldi’s text.” A warm rousing, heady farewell to the evening’s music, the song opened with Liron Givoni's animated singing of the melody, the song's dancelike course coloured with gentle percussion (Herzog) and  interspersed with recorder- (Arbel) and virginal solos (Minkin), all resulting in a vocal-instrumental weave that was robust and joyful.

“If the breezes blow ever charming,

The budding roses will show their laughing faces,

And the shady emerald hedge

Need not fear the summer heat.

Throughout the program, the high-quality of performance, offering each artist the opportunity to shine, was the result of Myrna Herzog's profound groundwork and inquiry into the music and of thorough and painstaking preparation under her guidance.