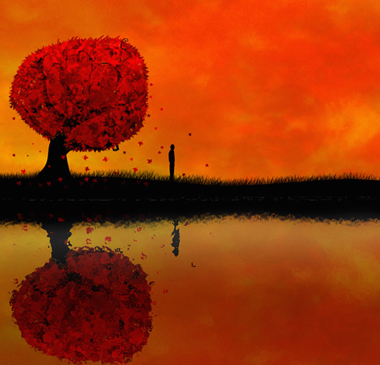 PASSION & MADNESS is more than a concert, it is a musical by Myrna Herzog.
It features music and texts by English 17th century composers and playwrights, on the theme of Madness caused by Passion, very much in fashion at the time.

Introduced by a dance of Folly and Madness, it leads us through the journey of a mind going astray, to confinement at fearful Bedlam, with a surprising epilogue.

Myrna Herzog studied theatre with iconical Maria Clara Machado in Brazil, where she also had experience as assistent stage director. She published a book of poetry and has a BA in journalism. She is deeply into the theatrical dimension of baroque, and takes the opportunity to explore it in a fuller way, joining her musical, literary and histrionic skills.

The premiere of the musical took place years ago, in a Hebrew version brilliantly performed by Israeli Countertenor Alon Harari.

We now present it in its original English version, starring British Countertenor and actor Alexander Simpson, singing and acting in an extraordinary performance supported and enhanced by Ensemble PHOENIX. 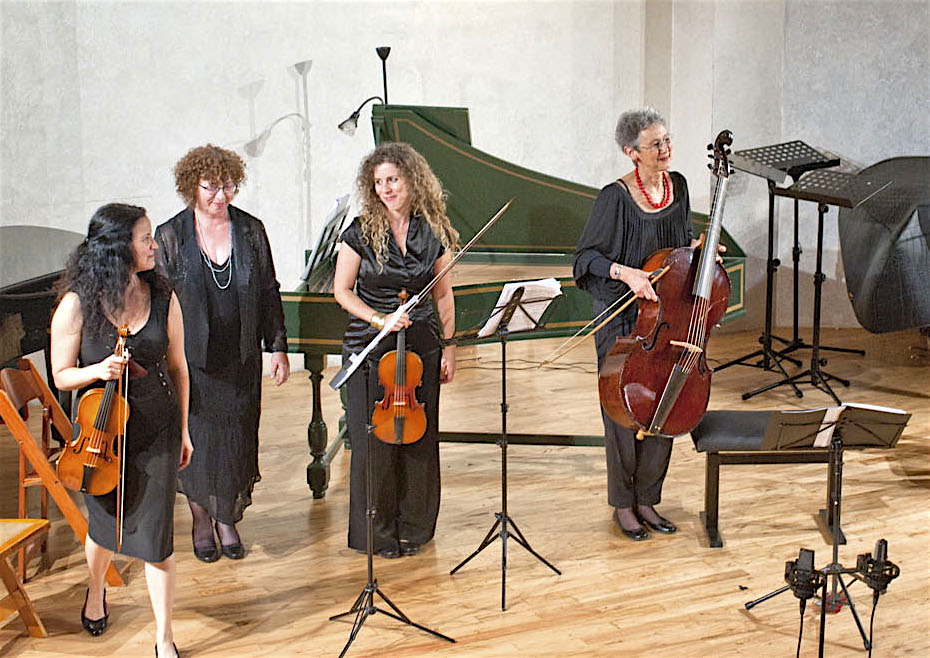 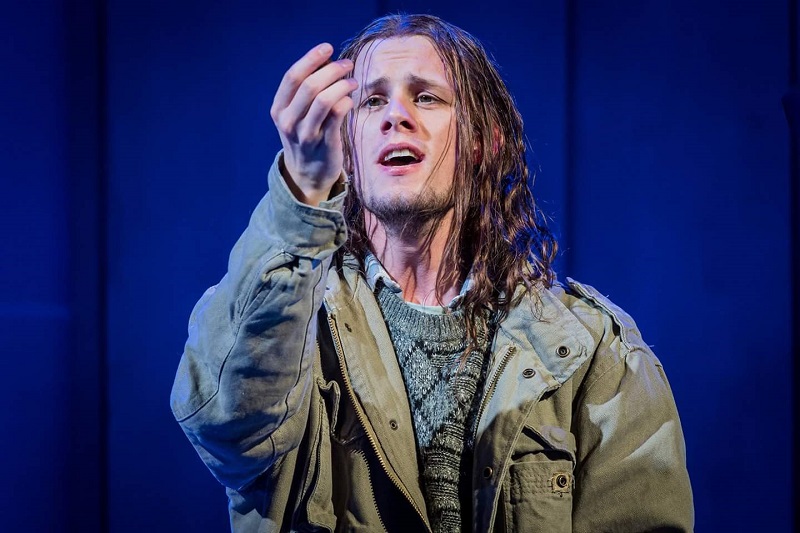 Harari’s performance was dramatic, volatile and moody....  In precisely crafted performance and flawless communication between the instrumentalists, the PHOENIX players brought out the beauty of the instrumental pieces which threaded through the program providing dramatic relief, connecting with the songs on different levels and providing interludes of elegant- and superbly crafted chamber music... Another treat was Marina Minkin’s hearty playing of John Blow’s “Mortlake Ground”.

In one of the current season’s most exciting and unique concerts, Dr. Myrna Herzog and her team of select artists have once again presented the public with a new and inspiring program, one stamped with PHOENIX Ensemble’s signature high quality performance. Not to be missed." Pamela Hickman

Videos of the Hebrew premiere

Maxim Reider: A Labor of Love

A labor of love
An article By MAXIM REIDER
at the occasion of the premiere of the Hebrew version of the play
Thu, 19 May 2016, 11:02 AM 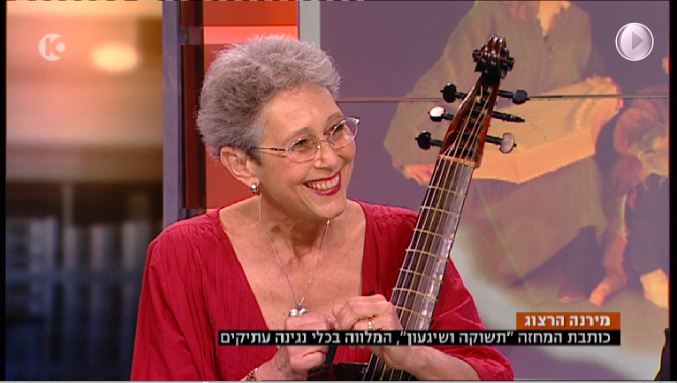 “My first plan was to make a concert of English songs dedicated to madness,” explains Herzog on the eve of the concert series. “In the 17th century, the English wrote an immense amount of such songs.

To express the weird and ever-changing inner world of a mentally ill person, extremely rich music tools are essential.

Wondering why so many songs were written on this theme, I came to the conclusion that it was due to Bedlam, a familiar name for the Hospital of St. Mary of Bethlehem in London. Bedlam was located in the same area as the city’s major theaters and served as one of London’s tourist attractions. Guests of the capital visited it just as they visited the Tower of London, and this probably gave a push to poets and composers. But I never knew where would it lead me to,” she continues.

“Granted, with this amount of fine music at your disposal, you can just perform a selection of songs and instrumental pieces.

But this is so much against what I believe in.

In my early music Phoenix Ensemble, I try to give the audience a new experience, to take the listeners to a different world. It was obvious to me that I had to create a story, to find story that will link the songs together, to mold them into something solid.” 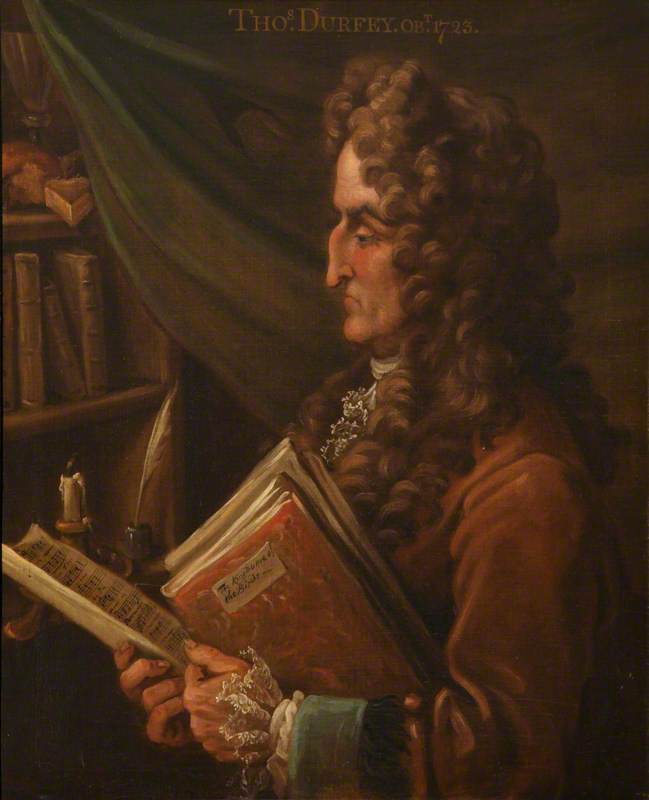 Herzog invented the story of a man who falls madly in love and gradually loses his mind to the extent that he calls for “daggers, poison, fire” as a song of the period goes.

She says that the story, which goes crescendo, has a beginning, a culmination and quite a surprising end. The play is created in the style known as English Mask, which was popular at the time and includes vocal, instrumental and spoken fragments.

While doing research for the concert, Herzog came across the plays of Thomas D’Urfey and used his vocabulary for writing narrative fragments of her play. The remarkable portraits of each stage, bridged by idiosyncratic instrumental music, are painted by Purcell, Locke, Blow, Eccles, Finger, Draghi and Wilson.

“But I needed texts to bridge the songs, and you can’t put together 17th-century songs in contemporary English, can you? It would have been ridiculous!” she says. “So I wrote texts using D’Urfey’s vocabulary and style. So from the audience’s point of view, this sounds like an authentic play written at the end of the 17th century. As a result, this is more than a concert, since the elements of the play interact, and each song receives a new dimension. You start to realize what it meant to be a mad person at the time, what people thought about it.”

Hezog sums up, “For a long period of time, I was completely immersed in this project, and I hope that people will come to listen. For me, it was a true labor of love.”

Hezog has nothing but praise for the concert participants.

“Counter tenor Alon Harari a singing actor, is the mad lover. He is blessed with a fantastic voice and the ability to deliver the emotions.

He will sing and also present the texts. As for the instrumentalists, we have two top violinists - Racheli Ringelstein and Tali Goldberg - as well as harpsichordist Marina Minkin, who is one of the most intriguing artists of the local early music stage.”

Herzog adds that she will play an English viol, “which was built around 1680 by Edward Lewis, exactly at the time of our program.”